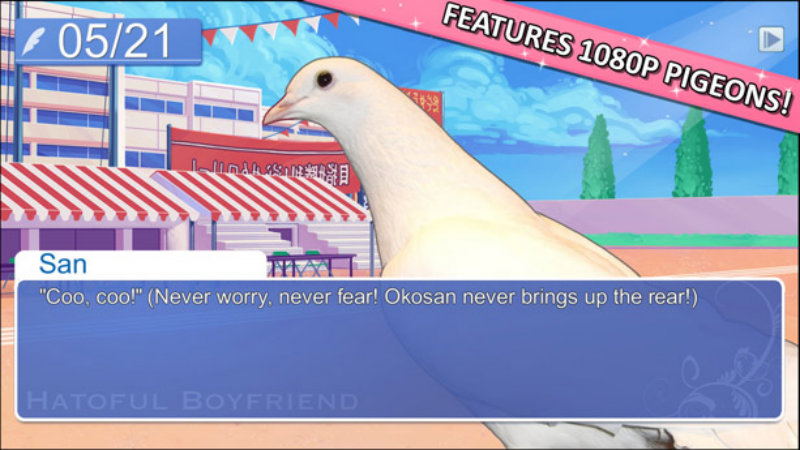 Oh Japan! You make yourselves seem completely inept at all things romance. It’s bad enough that you love dating sim games, but now you need to play real life versions of them. Um, isn’t that just called dating?

Over in Tokyo, the Tokyo Games Show is currently underway which is why we knew about new news for Final Fantasy XV and other awesome things. However, it’s not just about the JRPGs. Dating simulation games are incredibly popular for boys and girls, and Voltage Inc is promoting their latest mobile apps to the ladies. But the way they’re doing this is rather odd:

The company brought in some “attractive models” to let attendees “experience the world of romance apps in real life.” Japanese girls (and some guys) were actually lining up to try a scene from one of the three games, and needless to say, it’s rather entertaining to watch their reactions — which were unsurprisingly consistent in general — as the male characters wooed them with a “kabe don.”

For the non-anime/manga fans among you, kabe don loosely translates to “hitting a wall”. It’s used in anime and manga when a male character approaches a female character, putting his hand up on the wall next to her in preparation for an intimate moment. This is usually a catalyst for the female character to respond to his advances, or slap him and run away. Most of the ladies at TGS just blushed and seemed to totally fall for it. I tried to put the video in, but it seems to not be cooperating, so if you want to see it you can head on over here.

While kabe don is a bit controversial in Japan and seen as “not normal”, it’s something that has been a part of dating rituals for years. I remember reading about it ages ago in horrible women’s magazines as a sign a man is interested – he wants to separate the woman from the rest of the world and make her focus on only him. Still, I can’t imagine waiting in line to experience this. Surely if women want to experience a real life dating sim they would just date real life men? Of course, considering that some dating sims include pigeons lately, I’m not even sure how I can find this weird.

Another one bites the dust – Tokyo Games Show 2020 cancelled