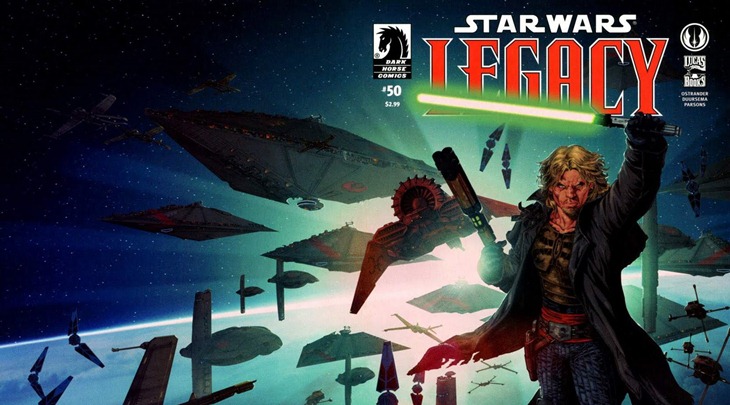 A long time ago, in a galaxy far, far away, there was a fantastic tale of a former Jedi relearning the ways of the Force and kicking ass in the process. That comic book series was called Star Wars: Legacy, and it was indeed strong in the Force.

Set 126 years after the original trilogy, Star Wars: Legacy opened with a universe once again at war, but this time, the good guys weren’t going to save the day. The Sith had returned, but in far greater numbers, infiltrating systems and staging a coup that left the newly formed Galactic Alliance under their control. 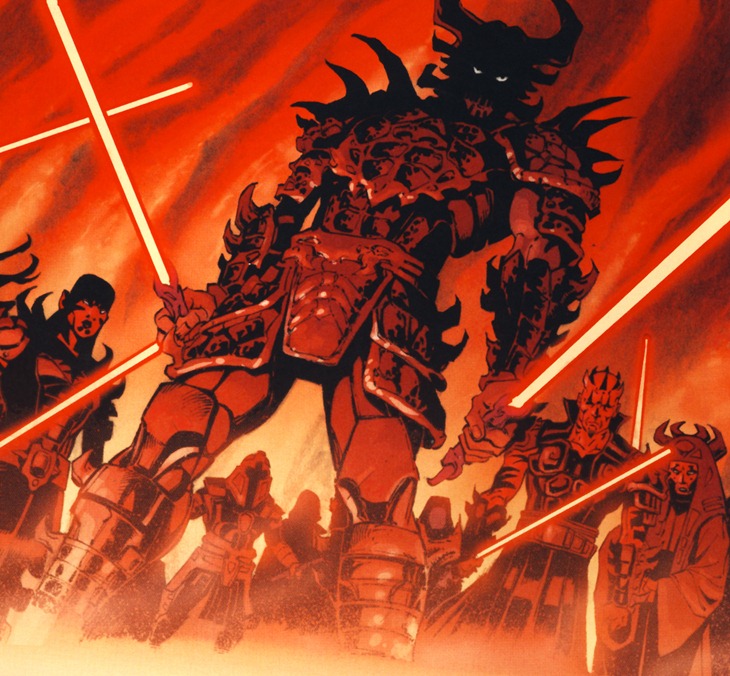 Not wanting to make the same mistake twice, the new One Sith order throws everything that they have at the reborn Jedi, wiping most of them out once again and scattering the rest to the far reaches of space. Among the many casualties is one Kol Skywalker, a descendant of that iconic bloodline who makes one last stand against all the Sith and Imperials in order to buy time for his son and other Jedi to escape. 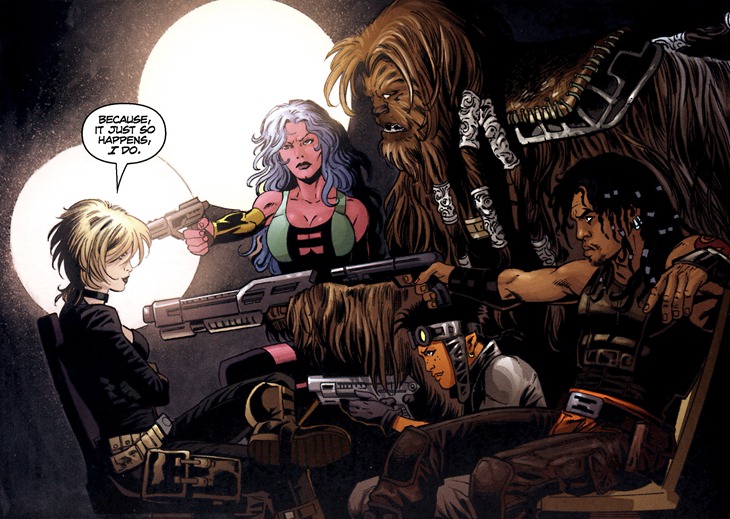 But where Kol’s story ends, Cade Skywalker’s begins. Young, talented and angry after his life is destroyed, Cade cuts himself off from the Force and eventually grows up to become a pirate and a bounty hunter.

Years later, Cade is a mess, and that’s where Legacy starts. As far as heroes go, Cade may just be the exact opposite of his predecessors. He’s hot-headed, addicted to drugs which cut himself off from his Force powers and heritage, prefers a blaster to a lightsaber and runs with a dangerous crew. 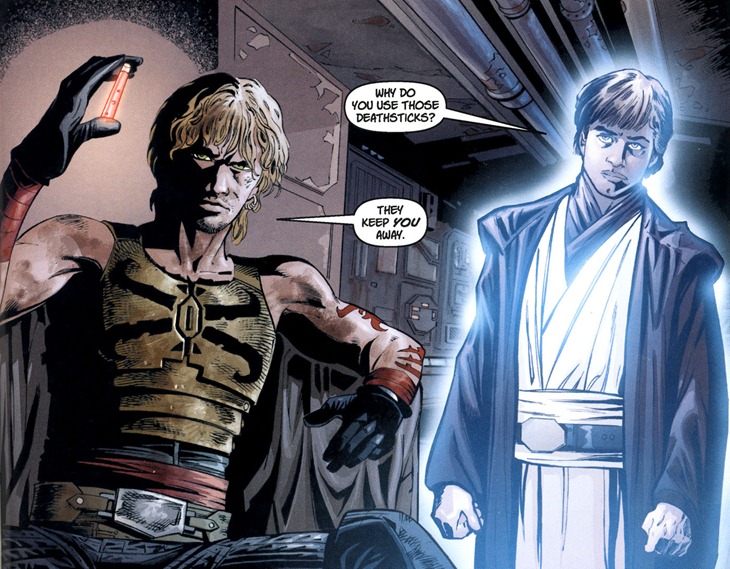 But what Star Wars: Legacy does, is show that anyone is capable of redeeming themselves. The first Legacy series, clocks in at fifty issues and a six issue mini-series that ends the tale of Cade Skywalker. It’s a story of love, loss and betrayal, with Cade eventually accepting and understanding his role in the galaxy.

This is a Skywalker who walks a dangerous path, caught between the dark and light side of the Force, using both but accepting neither. A Jedi who refuses to be caught up in the old cycles of the past, and lives a life according to his own rules. And it’s a life filled with company. 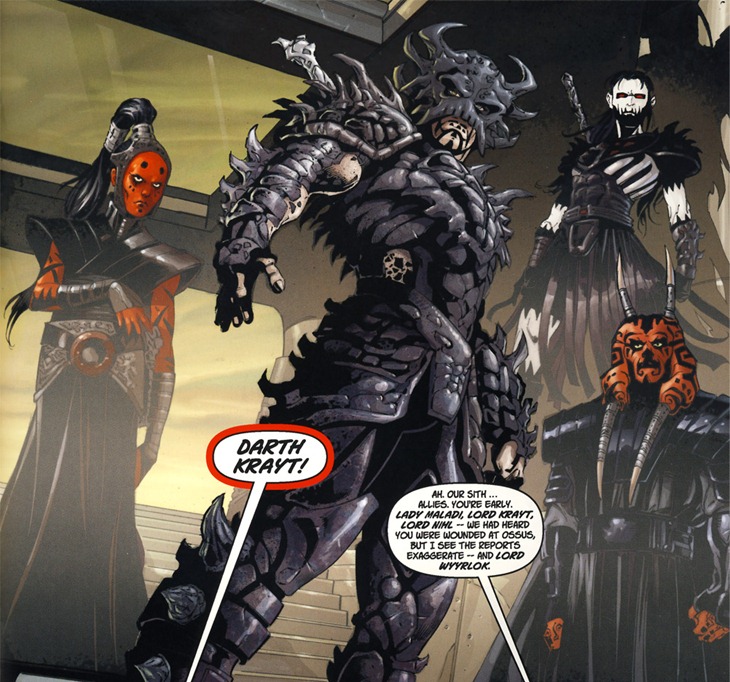 Cade has his own crew, in the form of the stunning Delilah Blue and the Yuuzhan Vong weapon-wielding master Jariah Syn. Several Jedi faces pop up, having survived the latest purge, while they find themselves at odds with the Imperial Knights who serve the Force and their Deposed Emperor. 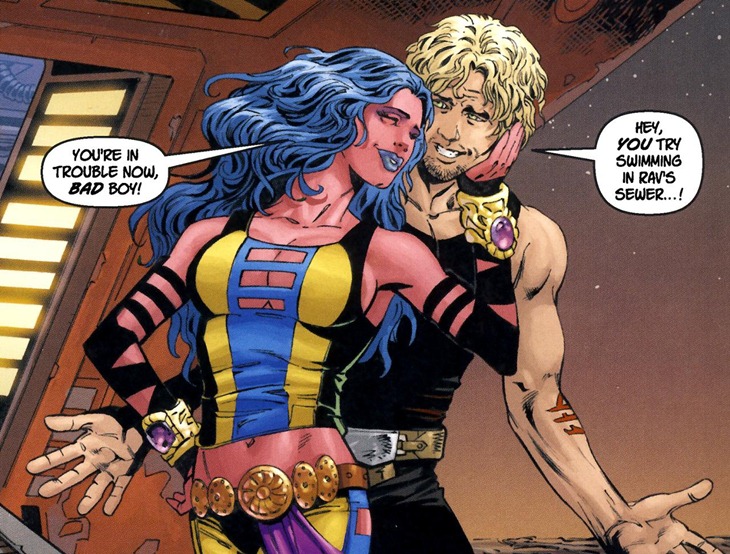 And on the Dark Side of that cast there’s the Sith. Long-time Star Wars fans will know who the ruler of the One Sith, Darth Krayt, truly is. And he too, isn’t alone. Surrounded by powerful acolytes, from Darth Talon through to Darth Nihilus, these Sith are more determined than ever to rule the galaxy.

And there are even characters, with various agendas that tie into the story. That’s what I love about the universe that writer John Ostrander has created. It’s a galaxy that easily stands on its own, even without the Star Wars brand. Jan Duursema also provides the majority of the art on the series, helping to define the look of this new galaxy which ties in elements of the past with new ideas and influences. Hell, the series feels just weird when Jan isn’t pencilling it. 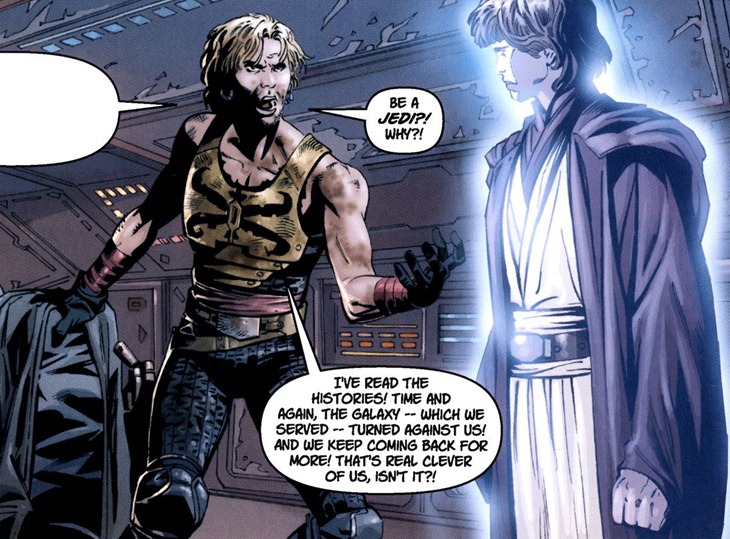 It’s the best of both worlds, strong writing and even stronger art, and worth reading in chunky volumes. The Force lives on, and it carries one hell of a legacy that this series doesn’t only live up to, but surpasses.