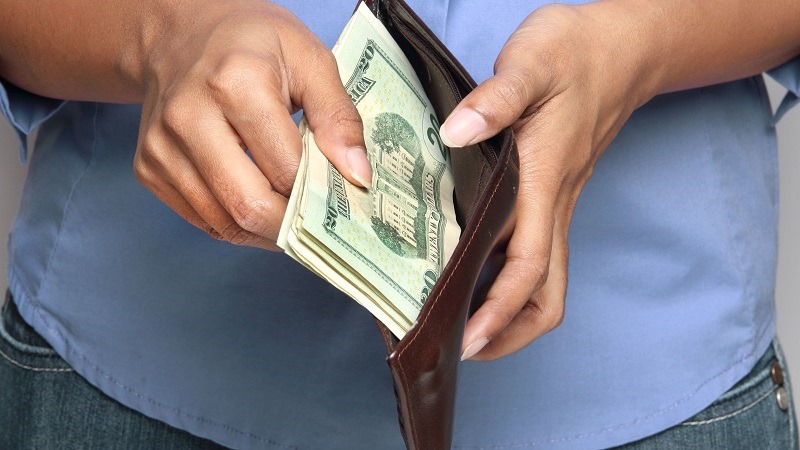 eSports as a whole has grown monumentally over the past few years. Thanks to companies like Valve for example, and their investment in large scale tournaments like The International (the implementation of the Compendium did wonders for the prize pool), interest in competitive gaming has shot through the roof. Apparently this bodes well for hardware companies as a whole, because according to research from EEDAR, those who follow eSports tend to spend more cash on their gear on average than those who don’t.

Just how big is eSports today though? Patrick Walker from EEDAR shares some insight (via Games Industry)

That is a lot of viewers! Let’s take a look at how spending differs between them and those who don’t follow competitive gaming: 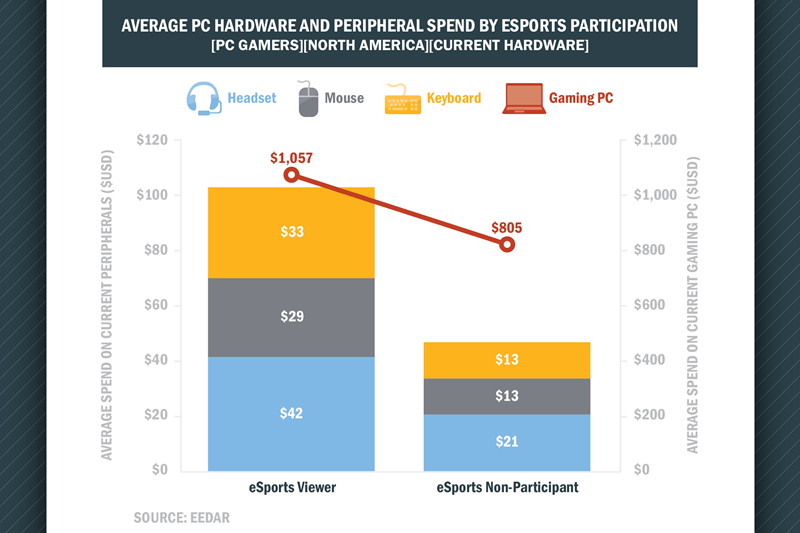 $200 extra spending on a PC is nothing to scoff at. Take note of the peripheral spending habits too – an eSports viewer on average spends double that of a non-participant on a mouse, keyboard, and headset This is a big deal when you consider what percentage eSport viewers are in the bigger picture. Here’s a breakdown of PC alone: 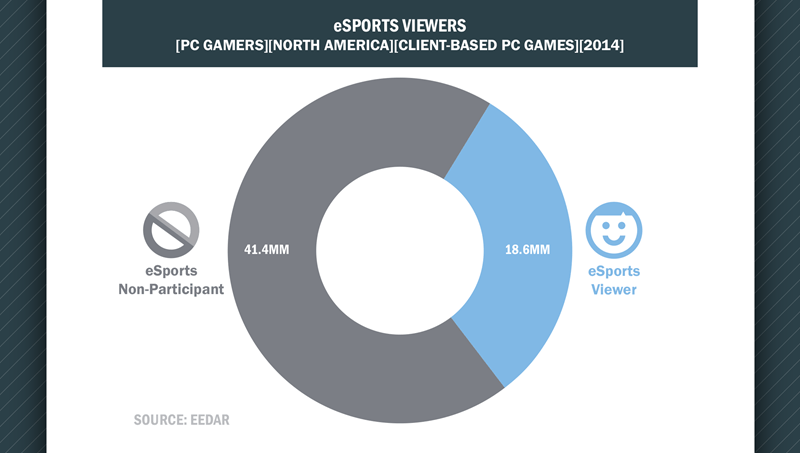 A large chunk of PC gamers follow eSports, 31% to be exact. PC isn’t the only gaming platform around however. What about spending habits on other platforms? Here’s a breakdown of a 12 month period: 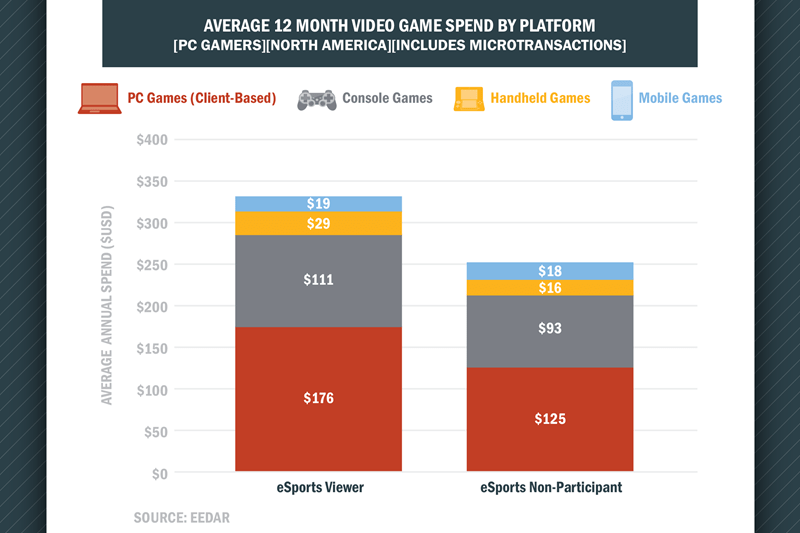 The numbers never lie Mason! It makes sense why sponsors are jumping onboard the eSports train. Their advertising and involvement goes straight to an audience who aren’t shy of spending those extra bucks.

eSport spectators no doubt wants to improve their own game, and are happy to spend extra money on premium hardware to achieve it. No wonder I am broke.

What do you think? Are your spending habits directly tied to your interest in competitive gaming, or do you splurge purely because you like having nice hardware?