Home Gaming Resolutiongate continues: Lords of the Fallen sub 1080p on Xbox One 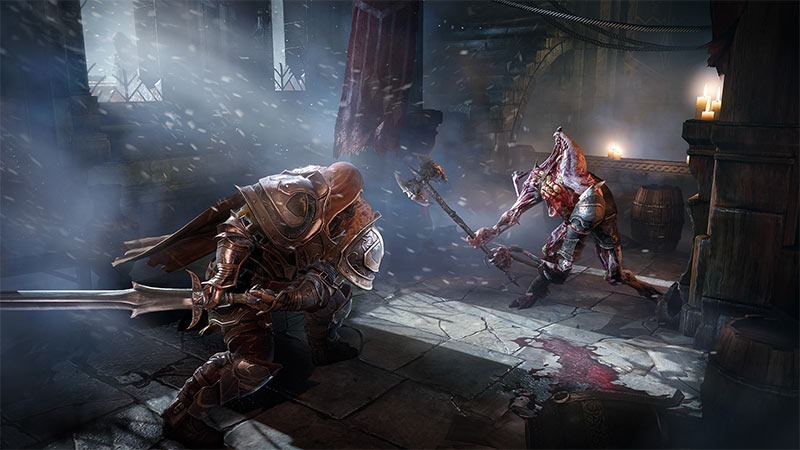 You may have thought that with Microsoft’s Xbox One tapping in to the reserve power afforded by Kinect’s excision that the whole trite “resolutiongate” thing would be over. Recent games like Destiny and Diablo III are very nearly at parity on both new consoles, after all. Well you’d be wrong.

It seems the latest game to have a lower visual fidelity on Microsoft’s console is the Dark Souls-inspired Lords of the Fallen. According to its developers, the Xbox One version will come in at 900p, to the PS4’s 1080p resolution.

Speaking to Videogamer, creative director Tomasz Gop said that “probably the resolution [on Xbox One] is like 900p instead of 1080p on PlayStation 4.”

Thankfully, there’s not much else that’s different: “But apart from that there’s nothing different I would say.”

While 180 pixels really isn’t worth getting upset over, it does highlight the fact that Microsoft’s console is still definitely the weaker one, even if it has received a bit of a specs boost with Kinect’s reservation open to developers who choose to utilise it.

As I highlighted quite some time ago, The Xbox One just won’t be able to keep up with PS4 because they’re essentially the same thing when it comes to architecture, but the Xbox One has demonstrably weaker specifications. This isn’t a situation like we had with the PlayStation 3 where its architecture was just so alien that it took years for developers to master. DirectX 12 and the magical cloud may provide some benefit in the future

“The PS4 is the more powerful system, and that power is going to be more evident as this generation goes on. Yes, developers will learn new tricks, and as they do they’ll be able to do more with the Xbox One, and it will get better. There’s no point in denying that the Xbox One is a weaker console anymore, and unless there are dodgy dealings, I expect third party multiplatform games to continue to run and look worse on the Xbox One.”

That’s what I said then, and it seems to still ring true. That shouldn’t dissuade any of you from picking up an Xbox One in South Africa today though; you’ll be able to play Quantum Break – which was easily the best looking game I saw at Gamescom this year.

The controller for the Xbox One is infinitely better too; it’s far more solid and doesn’t feel like it was cobbled together in an Asian sweatshop. I have a faulty DualShock 4 that I’m busy experiencing headaches with right now, and it’s not helped by the fact that the people responsible for honouring the warranty on the thing seems to be shirking that responsibility.

The game’s out next month on Ps4, Xbox One and PC.