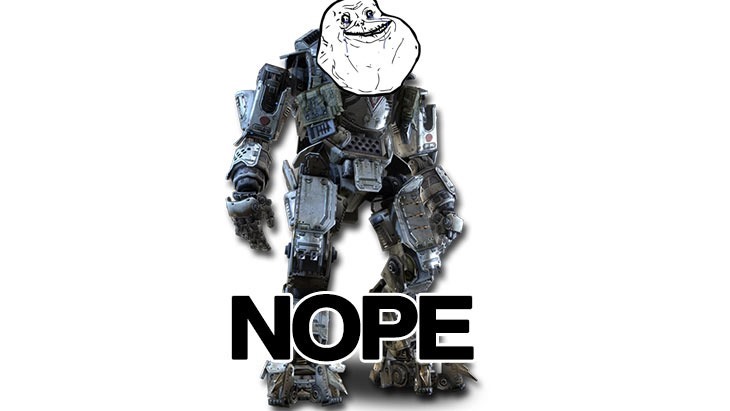 Titanfall, Respawn’s mech shooter doesn’t have anything even remotely resembling a single player campaign. Their excuse for not including one was that they had a small team, and they wanted to focus on making the best multiplayer experience possible. The hope was that the multiplatform sequel would include one – but it doesn’t seem like that’ll happen. Respawn has shot down the prospect of a single player campaign in Titanfall.

"There’s nothing wrong with a single-player experience. They should exist and they do exist and I would work on one. But doing one with this feels almost like taking a step backwards."

"To me it would almost be a step backwards," he said. "Doing straight up single-player just feels a little bit to me like going back to what you know, going back…"

So instead, they’ll be focusing on making multiplayer experiences that feel like they’re cinematic enough to tell a compelling narrative within a multiplayer experience. And frankly, I don’t think that’s enough. I bought Titanfall, and I rather enjoyed it, but its world seems to be stuffed with lore that seldom gets touched on. It would be ripe for a great single player campaign. Without one, I won;t be buying the next Titanfall.