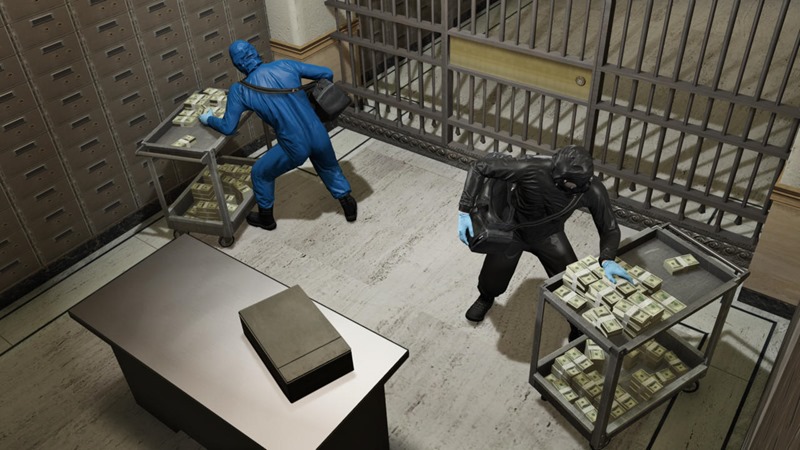 Grand Theft Auto V has been teasing Heists ever since the very first trailer for their online mode. The feature has been delayed time and time again, but it’s finally reaching all versions of the open-world game next week. You’ll be able to rob banks with friends, engage in heart-racing getaways and bag a whole lot of cash in the process. That’s what it sounds like on paper, but how does it actually look in game?

Rockstar’s latest teaser for the mode does little to answer that. It appears to be a promotional video ripped straight from Instagram, because I can’t for the life of me figure out why else it would have such an odd aspect ratio (cinematic perhaps?). It’s a short intro that’s not too different to the ones you get during GTA V’s story.

But at least there’s a lot more to look at than that. Rockstar also revealed a host of brand new screenshots for Heists, which show off explosive getaways and stealthy break-ins in equal measure. There seems to be a high level of freedom in the way you get to execute heists, and that’s really what I’m looking for. I’m all about the perfect robbery – the one where not a single shot was fired, everyone gets out alive and I eventually screw everyone over at the end and take everything.

That’s the type of online experience I want to have with soon-to-be-ex-friends, and I hope that’s what Rockstar delivers. Heists for GTA V will be out on March 10, with the delayed PC version getting them at launch. Check out the pretty screenshots below.