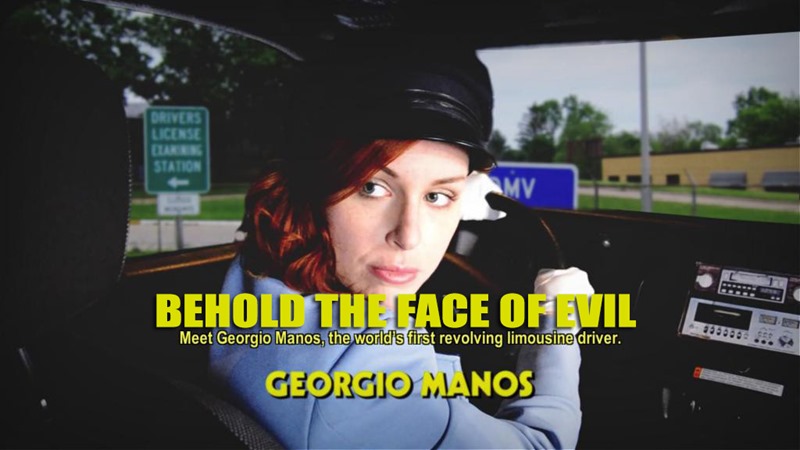 According to one ratings body at least. The hit indie game about driving a spinning limo in the groovy year of 1977 just got slapped with a particularly high age rating, thanks to content that has been perceived to extraordinarily violent.

When it was released back in September last year, Roundabout was given an age restriction of T for Teen by the ESRB. Now, that game has been re-rated to an M for Mature. According to developer No Goblin, that switcheroo came due to the “volume of blood” that was present in the game. “For a scale comparison, this means we’re considered to have more blood than Dark Souls II (Rated T), but an equivalent amount of blood to Bloodborne (Rated M),” No Goblin said on their blog.

Thankfully we are considered less bloody than Manhunt 2 (Rated AO).

Another reason for the bump in audience restriction came from a content descriptor for an alledged use of drugs in the game. In Roundabout, players need to chow some candy dots in order to see a specific client that can’t be perceived in this reality any other way. It’s a scenario that also references drug-use dialogue, which led the ESRB to believe that players were in fact swallowing some psychedelic pills:

Additionally, we’ve also been given a “use of drugs” descriptor. We do a bunch of joke setup to Georgio eating candy dots in order to see Jeffrey the Skeleton, specifically one scene where the candy dot “supplier” says he’s “not a narc”, and another later on where Beth says Georgio looks “really strung out”.

While PEGI was fine with this (and emailed us to confirm that the dots were candy before assigning their rating), the ESRB feels that this joke setup implies that the candy dots are a serious drug. Because of that, Roundabout now has a “Use of Drugs” descriptor. We’re obviously not looking to glamorize drugs, but if you are looking to get your hands on some candy dots, Amazon sells them by the pound for $13.99.

What a weird world we live in. Roundabout was released last year on PC platforms and on Xbox One in February. It’ll be spinning onto PlayStation 4 and PS Vita with a new age restriction soon. And it’s still nowhere near as bloody or violent as a local Taxi rank on a Saturday after payday.

With a few action films left on his slate, 68-year-old actor Liam Neeson is finally ready …