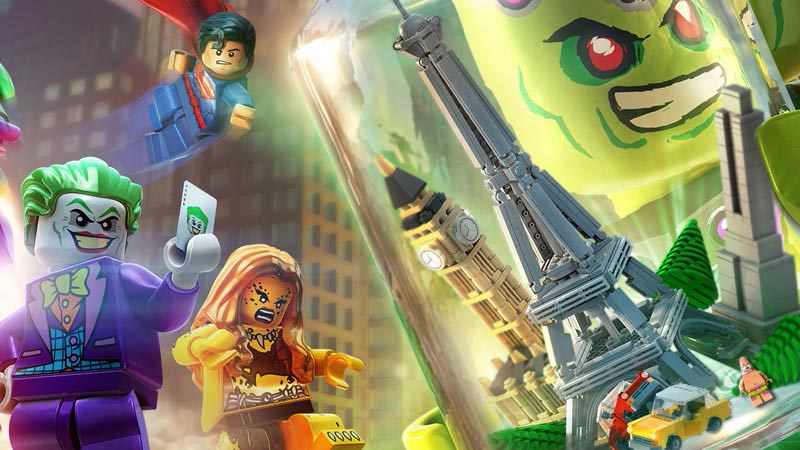 LEGO. It’s freakin’ everywhere these days. Thanks to savvy licensing, you can’t step outside without getting a four-stud block buried deep in your ankle, as the square toys have invaded TV, movies and games. Speaking of games, there are plenty of licensed LEGO games available right now. From LEGO Star Wars to LEGO Batman, they’re more commonplace than seagulls with a bad attitude at the beach. LEGO makes money, period. So imagine how much money the franchise could make, if it embraced the toys to life genre.

That’s the rumour according to VideoGamer, as an industry insider told them that Warner Bros Interactive was looking to compete with Skylanders and Disney Infinity using a range of compatible LEGO figures. And that could be a winner right there. Warner Bros is of course home to many, many franchises, so seeing LEGO DC characters lead the first wave of figures would most likely be a given.

According to the source, LEGO game developer Traveller’s Tales will produce the actual game. If you’ve played one LEGO game then you’ve played them all, as the majority of those titles focus on easy puzzles with simple exploration. It works well enough for kids, but the formula is going to need a massive shake-up if it wants to succeed in a genre dominated by Activision and Disney right now.

It’ll also hopefully be cheaper than the current prices on LEGO, which are ludicrous to say the least. Hell, buying even a simple set costs all the money you have in your pocket, savings account and credit card. But yes, I’d be more than happy to shell out far too much money for a real-world LEGO Batman set. Because I have no financial compass or common sense, whatsoever.