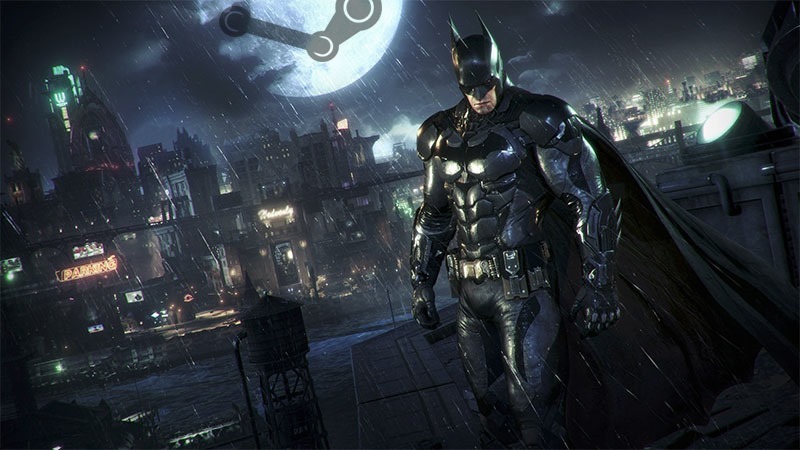 We have a statement from Warner Bros:

Take this with a great big grain of salt for now, but according to some people on the internet, the heavily anticipated Batman: Arkham Knight won’t be getting a physical release on PC – at least in the UK. That’s the word from prolific, and prolifically cheap UK e-tailer ShopTo, who’s said that they’ve been told by their suppliers that the game will only be sold digitally.

Arkham Knight is no longer being released on PC on Disc. Digital only.

While this – if it’s true, of course – wouldn’t really affect many PC gamers who’ve become rather accustomed to getting their games digitally, those who still reply on the physical media to prevent having to download gigabytes upon gigabytes of data will be left in the cold. With our local internet infrastructure still not quite up to scratch, I’d imagine there are a great many local PC gamers who’d be peeved to find their game boxes stuffed with little more than a digital download code.

We’ve contacted Warner Bros for clarification to see if this affects us  here in South Africa, and will let you know of the validity of all of this as soon as we can.

Developer Rocksteady recently revealed that the game would be hit with another delay, this time 3 weeks, meaning we’ll be getting it on June 23 now as opposed to June 2. It was also rumoured that Rocksteady was remastering the first two Arkham Games for the new consoles, while completely ignoring the fact that Arkham Origins – developed by another studio – even exists.