Zombie games are a dime a deadly dozen these days. If you aren’t barely surviving the end of the world, then you’re most likely snacking on some brains. Still, out of all those games, I’m beginning to warm up to Dying Light, which has been both crap-your-pants scary and exhilarating to me.

And that’s thanks to the rather nifty Peter Parkour system of getting around that apocalypse. Run, jump and slide is the order of the day, as navigation feels just right and intuitive. Especially when you’re attempting to outrun the undead f***ers. “We wanted to create something truly new. We wanted to surprise gamers around the world,” Producer Tymon Smektala said in the video above.

When we take a look at other FPS games, we noticed what they lacked is the ability to move freely and seamlessly. We decided we must change it. I’ve been a gamer for over 20 years and only in Dying Light I can feel actually free. We give players impressive skills to flee their enemies. You can slide under obstacles or jump over them. You can climb from one rooftop to another, then jump down into a waste container to break the fall and run on.

We wanted to make chases smooth and exciting, to get your hearts pumping.

That system of course, went through various stages of development, with one particular idea using up a ridiculous amount of assets. “At first we tried placing special objects that let you climb up various structures,” Lead Game Designer Maciej Binkowski explained.

Unfortunately, soon we had more than 50 000 of them and it wasn’t enough. We understood that it was a dead end and that we had to come up with something completely new.

Fascinating. The rest of the video also discusses the movement aspect of Dying Light. It’s worth a short Friday night watch. 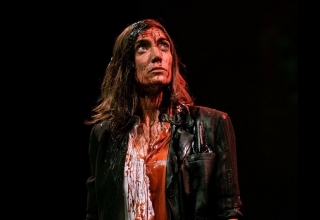