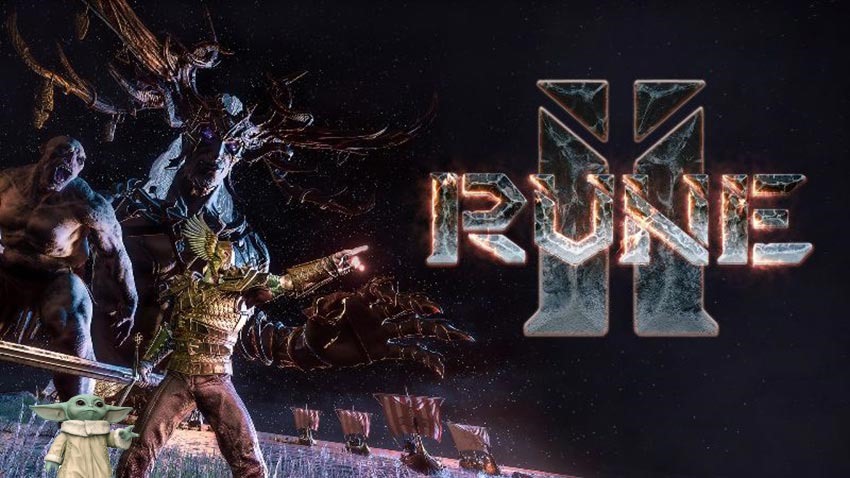 Assassin’s Creed Valhalla may be a chunky couple of months away, but that doesn’t mean that there aren’t other games out there that you can take a viking to. Back in 2019, Rune 2 made headlines for all the wrong reasons, with the shipped game being an absolute hot mess. Human Head Studios shipped the game, jumped ship and rebranded as Roundhouse Studios under Bethesda, leaving developer Ragnarok Games to sort the entire mess out. With a lawsuit of course.

That whole brouhaha went down in December, with Ragnarok Games tapping an internal team to salvage the project and figure out the Norse code while delivering post-launch support to Rune 2. After a couple of months of radio silence, Ragnarok Games say they’re back on track after their team “dedicated months to R&D, working to pioneer the looter-stabber-bludgeoner-chopper-puncher-slicer game genre while making major improvements to gameplay features”.

These changes will be felt right meow, with the Lazarus Update 1.1 adding a brand new parry system, overhauled player progression, and hundreds of new weapon variations for gratis. Here’s a deeper look at how Rune 2 is changing for the tens of fans still playing it:

The ‘Lazarus Update 1.1’ breathes new life into RUNE II with the addition of villagers. As players progress through the game to rebuild Midgard one piece at a time, villagers will return to the land. Villagers provide narration to the side quests and will grant bonuses to aid players in their quest to vanquish the mad god Loki.

Loki has plunged Midgard into perpetual chaos, and you are the chosen warrior who must embark on a perilous journey to end Ragnarok. Fight off legions of minions bent on preventing you from destroying this pious menace. Alone or with friends, tear each enemy apart limb from limb in this chaotic, open-world saga, filled with brutal melee combat.

Collect rare resources, locate divine artifacts and battle through the unique Ages of Ragnarok as you seek to craft the very sword used by Loki himself and destroy the trickster god with his own blade.

For more on a HECK of a lot of a changes, check here for the full patch notes. Rune II always had the potential to be brilliant, before all that ugly news of 2019 plunged it deep into an abyss of controversy. At least now, the sequel nobody ever expected is off to a better restart as it charts a course towards more dedicated development waters.