Home Gaming Scandal and drama during our local CoD qualifiers 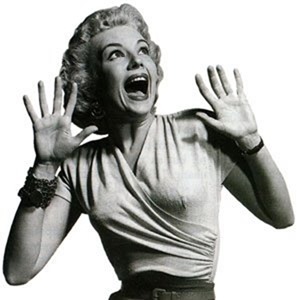 Today was the day when the very best Xbox 360 Call of Duty clans from around the country went head to head to see who would be the South African representative at the $1 million Call of Duty championship later this year.

All the pre-tournament hype was around the newcomers Team Adept and the long running Clan Hi5 with the general expectation that these two titans would likely fight out the final.

The early rounds went as expected with all the big boys winning and moving along but then in the semi finals the drama started.

Team Adept were up against Team RiZe and they took the opening games. Then it was RiZe’s turn to host and it was quickly noticed that the host was actually based in the UK. Obviously this was disputed and the request was put to the ref.

Eligibility: Players must be at least 18 years old as of January 9, 2014.  Teams must include at least 2 Players who are residents of their qualifying country/region.

So only two players need to reside in South Africa which seems fair enough as this isn’t a country vs country event.

Team RiZe has two UK players, who appear to be their best players.

The ref has then ruled that the UK players can be the hosts of the game which puts the local players at a massive disadvantage. Team Adept tried their best but couldn’t make up for the massive lag issues.

In the final RiZe faced off against Hi5 and again were beaten quite easily while Hi5 were hosting but as soon as the UK guys were hosting the game started to become a bit of a joke.

The results and scandal have now exploded onto twitter and someone from RiZe is offering to quit if that means that the team is disqualified while others are just furious at the poor choice made by the MLG ref.

Personally my recommendation is that Team RiZe are forced to replay their semi final but all hosts have to be based in the region that is being contested. The winner will then play Hi5 in the final.

RiZe has not broken any rules but this situation is wrong and it should be resolved. Let’s hope the MLG acts and acts quickly.

PS: The editors are away so please let me know what I got wrong and I’ll update it.