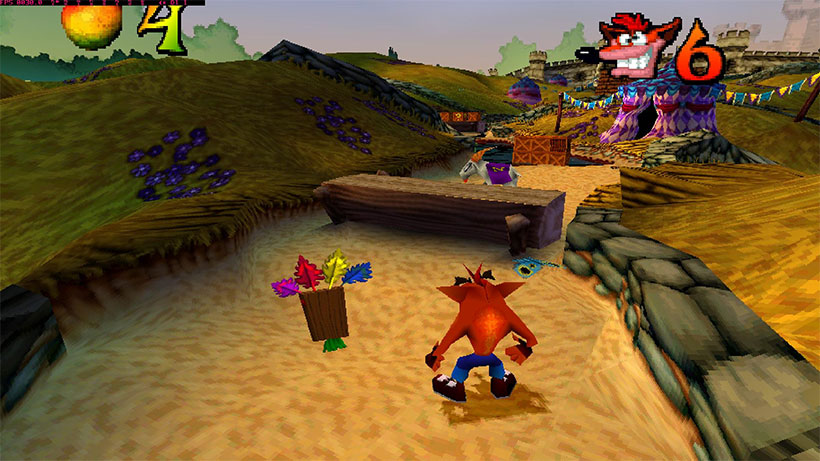 Remember those years when everything had tie-ins? A cartoon had a game which had a ride which had a children’s cereal? Okay, maybe not quite, but it certainly felt that way. Crash Bandicoot almost went the same way according to new video footage revealed by co-creator David Siller.

Over on YouTube, Siller posted this never-before-seen footage of the Crash Bandicoot cartoon.

Inspired by the Animaniacs, Siller explained why this even exists:

This video is test animation that was done for Crash Bandicoot. Produced by Universal Animation early in the development of the game. It was based on ideas for where we were going with this IP at that time. It was probably too ambitious in nature and was also trying to be humorous. It was never used or even embedded in the game as a hidden “easter egg” treat.

It could have been used in the actual game to bookend the bits you played. It all seems rather bizarre to me, but it gets even weirder:

The discussion at Universal at that time was if the game was successful (before Sony came a knockin’) then this animation was a somewhat prototype to further flesh out ideas for a possible cartoon series and inclusion into the game. This animation was influenced by Animaniacs and even a few others popular at that time. A Crash Bandicoot attraction was also discussed as our offices were right next door to where Universal Theme parks maintained a creative office to plan new park attractions. UIS even did some consulting for them.

Everything about this cartoon feels so nostalgic. I’m still glad it never came to light – I probably would have taken the game even less seriously if there had been a silly tie-in cartoon at the same time. And I suppose most parents wouldn’t let their kids go on a ride with the word “Crash” in the name (but Death Mountain was fine). I just have to laugh at these behind the scenes details that come out years down the line; I can’t wait to hear about the plans for the Shadow of Mordor book tie-in. Oh wait.