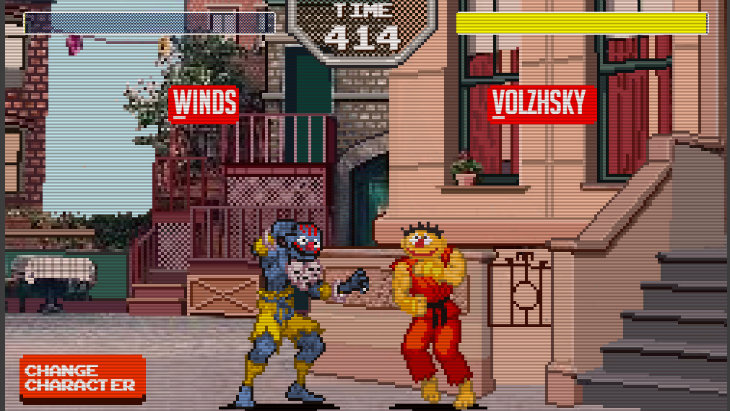 Remember when we did those awesome game mashups that you’ll never see? We had a very special form of Street Fighter, FIFA Street Fighter, that would probably show more dives than we can imagine. Here is an even stranger mashup that you can actually play – and it’s educational, sort of.

Sesame Street Fighter is a bizarre mash up between Street Fighter and Typing of the Dead, combined using Sesame Street characters. You can select a character – options include Cookie Monster, Grover, Oscar the Grouch, Ernie, Bert and a seemingly unlockable Elmo. Each character has varying strengths and require different categories of words. Of course I wanted to play as Oscar, but his words were all Russian cities, making the spelling incredibly hard. I quickly switched to Grover – his topic is weather although many of the words were more about geography than weather. Even worse, player’s typing (and, therefore, attacks) can be interrupted by enemy typing or attacks. As you progress through the levels, it actually becomes impossible to defeat your opponent as you can’t get a word in edgewise.

Honestly, the game is bad – it’s buggy and bizarre. That said, it’s certainly worth checking out – go learn how to type while beating people up to an awesome rendition of the Sesame Street theme song. That music makes it all worthwhile.

Thanks to Grant Hancock for the bizarre tip!