Home Gaming Sims players are more sadistic than you thought 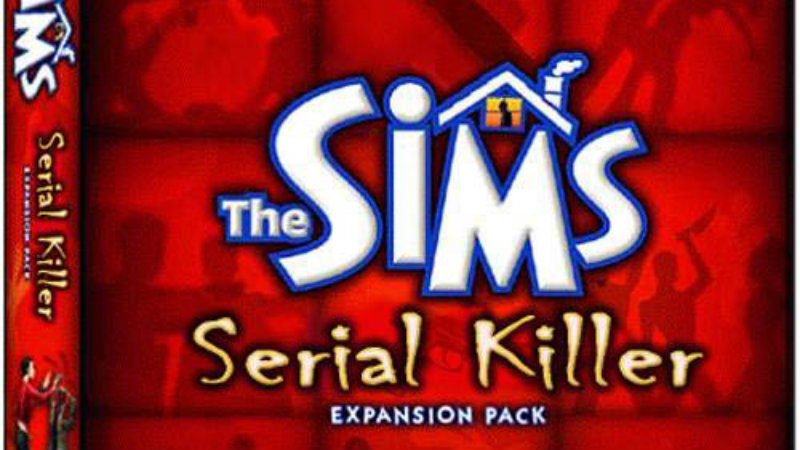 If I asked you who the most sadistic gamers were, you might have a variety of answers. Perhaps all the pew pew of FPS titles make those guys the worst, or maybe the far more intimate hack and slash of a sword shows the true depths of horror. Well, you’d be wrong. The creepiest people you could meet play The Sims.

Here I thought I was bad. I caused OCD in my one character thanks to having no shower in the house following some major renovations – she had to wake up at 3 every morning to repeatedly wash her hands to get her hygiene up. Or, you know, we’ve all drowned our Sims in the pool. But the pools seem to be the least of the evil perpetrated against Sims. This Ask Reddit thread is pure terror. Here are some of my favorites:

I once had a basement with 6 or 7 writers living cell block style. I called it “writer’s block.” They slaved away all day to make me books in which I could live off the royalties to support my lavish lifestyle in the mansion sitting on top of the basement. The basement was called writers block, but my compound was called Capitalism.

Which seems rather similar to a tactic Darryn also employs:

Every time I play The Sims, I start my family with a painting goblin. I make him/her morbidly obese with green skin. I make sure to give him the following traits: likes to be alone, likes art, hates the outdoors.

The first thing I do, once I have enough money, is build a small room in the basement, send him down there, and then remove the stairs. I set him up in a tiny little area with only an easel, a toilet, a refrigerator, a bed, a shower, and a trash bin.

Eventually his paintings become very good and worth a lot of money. Every few minutes I go downstairs and sell whatever painting he has finished, and then I return to playing the game. My family always ends up feeling blessed because of their fortune, and they never find out about the horrible secret living beneath their home.

That and “One time I killed a Sim by drowning. Then I made everyone show up to his funeral in swimwear.” all seem quite innocent. However, there are many darker things:

I remember once I made a nice little family. I nurtured them. But eventually I got bored. So then I stared to make the daughters of the sons of the original family have sex with their fathers. The family grew and I eventually bought out local business and eventually my disgusting inbred family ruled the town. I remember I also kept my least favorite family members and undesirables in the basement (it basically a dungeon)

I would build a giant beautiful home, then have a huge dungeon/jail looking place in the basement with a shitty bed, toilet, and fridge. Build tiny areas side by side with just fences and meet neighbors online and invite them over and lock them downstairs till the town was empty.

Beyond bizarre recreations of Taken/Saw, some people find even more innovative ways to kill off the neighborhood:

I recently found out you can kill old Sims by overexertion in The Sims 4. My Sim is going around town f*cking all the old people to death and once Death shows up she proceeds to make friends with him. I’m counting up graves until my Sim can bang Death.

The list goes on and on and is seriously terrifying. From dungeons and incest to murdering former lovers with fire or drowning in pools of urine… Sims players are so messed up. They should be monitoring these people – sounds like sociopaths finally have an ideal outlet. Really, I thought I was bad with my Sims, but this takes it to a whole new level.