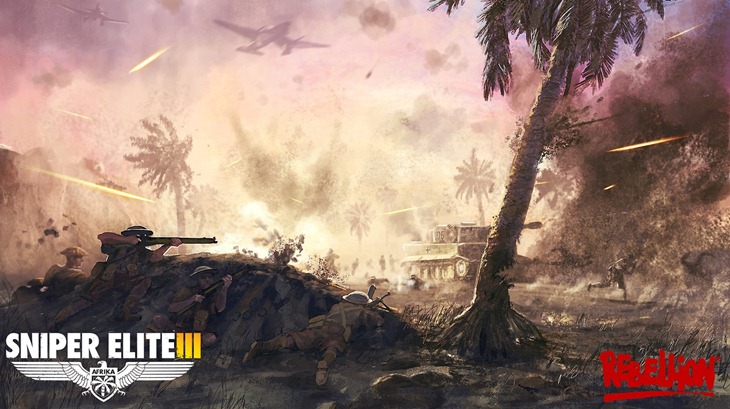 I’ve said it before, and I’ll say it again: No other game on the market knows how to make a kill-shot as gruesomely satisfying as the Sniper series. Most of the gameplay may not be up to scratch, but when you bunker down and take aim? It’s pure magic that comes out of that barrel. So when is the game out? Soon actually.

Sniper Elite 3: Afrika arrives on July 1 this year. Much like every pther game arriving on shelves, it’ll be tempting you to purchase early with a pre-order bonus that allows you to kill Hitler. Again.

The Grey Wolf mission will have players hunting down Hitler and his body double in the infamous Libyan port town of Tobruk, a real-world location that was highly sought after by both Allied and Axis forces during World War 2. Here’s the official synopsis from Rebellion:

Featuring an expansive open environment, and randomized target identities, journals and locations – will you be able to tell fact from fiction, the real target from the double?

I think I’ll play it safe and kill anyone with a terrible moustache then. In addition to all that, there’s also a new-gen Collector’s Edition on the way. Here’s what you’ll find inside of it, courtesy of Gamestop: 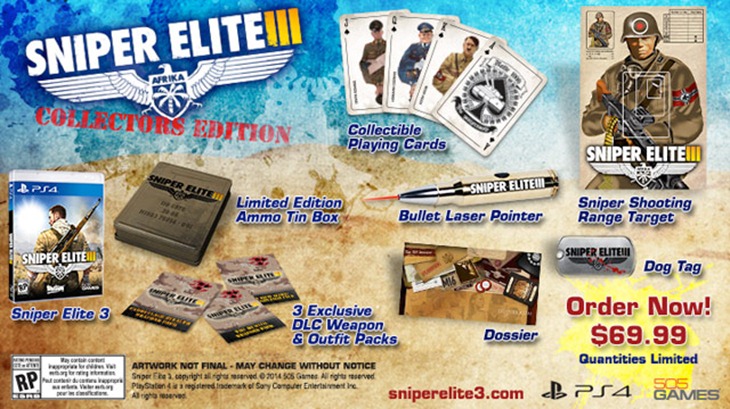 Sniper Elite 3 heads into North Africa for the PlayStation 3, PlayStation 4, Xbox 360 and Xbox One. The PC version arrives June 27.