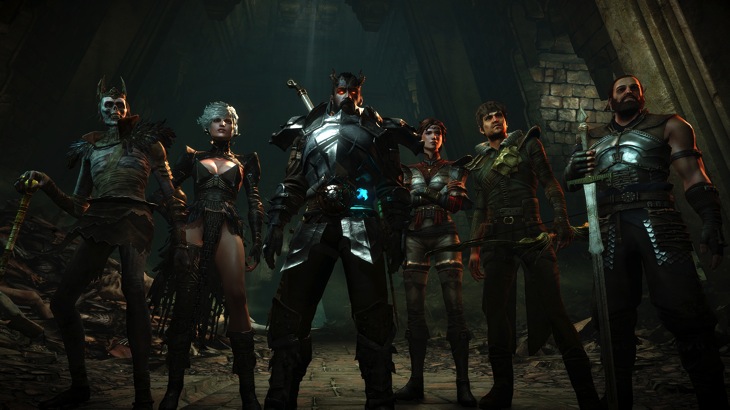 Wow, I have a dirty mind. Once I read the “bound” part of the title, everything else they said about the game with its “deep customization” and “massive monsters” just got all jumbled up in my brain. Hmm, I wonder if that’s actually making it more appealing.

Over on the PlayStation Blog, Sony announced Bound by Flame, a new RPG from Spiders Studio for PS3 and PS4. Here is their reveal trailer:

For those who don’t watch videos and prefer to read my awesome explanations, Bound by Flame is an action/RPG set in a dark fantasy universe. You play as Vulcan, a mercenary and explosives expert who has been possessed by a powerful fire demon. You can choose to fight the demon within, maintaining your heroic abilities, or let the demon consume you and grant you awesome fire demon powers. Is this a hint at dual skill trees?

Characters are fully customizable thanks to an “intuitive crafting system” and there are plenty of side quests to help you level up. Plus, you can find numerous companions to help you on your journey. Oh look, a moment at about 2 minutes into the video that shows there’s some romance action possible, too! All in all it looks like a very pretty game. I just hope they get better voice actors than they did for the voice over.

This looks like it could be a very fun WRPG. I was badly burned by Dragon’s Dogma, but I’m willing to keep trying in this genre that’s delivered so many gems. Besides, how can I say no to killing such cool looking monsters? 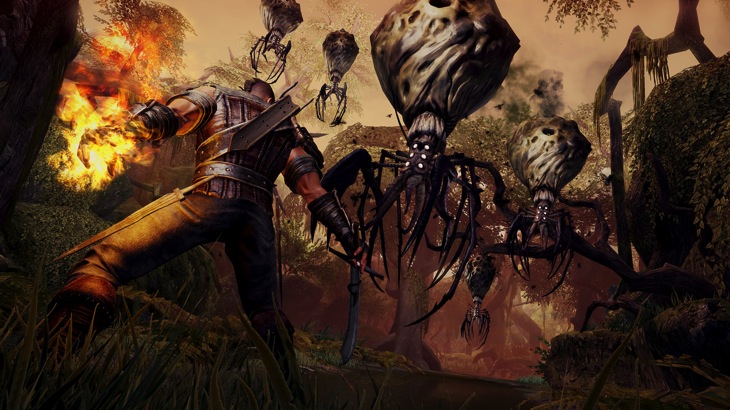