Home Gaming South Park:The Stick of Truth could get a sequel 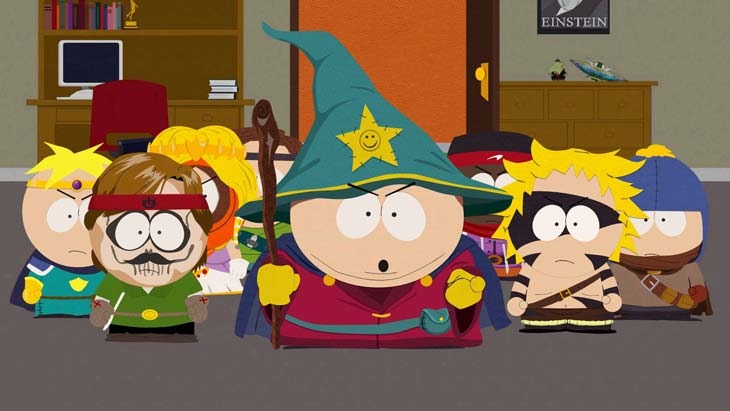 If there’s one thing that I enjoyed about South Park: The Stick of Truth, it’s that it was impossible to not have a grin on my face as I played through it. Thanks to some sick humour and my even blacker sense of it, I quite dug the game. And I’d kill for a sequel. An idea, which might not be far off at all.

This was a hellacious undertaking – much more than when we signed up for it. Never say never. I would do it again, in some fashion. I think that video games are really interesting.

Hellacious doesn’t even begin to describe the journey that this game took, from its original days as a THQ title, surviving the closure of that publisher and eventually winding up being released through Ubisoft.

Thanks to the fact that Stone and co-creator Trey Parker were closely involved with the game from start through to finish, The Stick of Truth had a distinctive South Park flavour to it, instead of it just being another licensed property with no creative input. “I think we got into it casually. [We said], ‘Oh that’d be cool to do a video game.’ Visually, technical stuff…we can figure that out,“ Stone said.

[But] you sit and watch South park [on TV] a certain way…[and] a game is consumed a certain way. It engages different parts of your brain. The natural rhythms of comedy that we know pretty well from the TV comedy universe, they’re different from a game.

And they have to be different, and you can’t resist it. You have to go, ‘Yeah, it’s gonna be different’ instead of being a joke. It’s gonna be a tool that you use that’s gonna be funny when you use it. I would start differently now if we started again.

Positive reception? That’s an easy check. We scored the game high, and the current Metacritic rating sits at 85. That’s a damn good reception, and based on public opinion, I’d love to have a South Park rematch with the Nazi zombie aborted foetus of a Kardashian.

And while we’re talking South Park, don’t forget to enter our comp to win that super-kewl hamper. You’ve only got a few days left to do so.