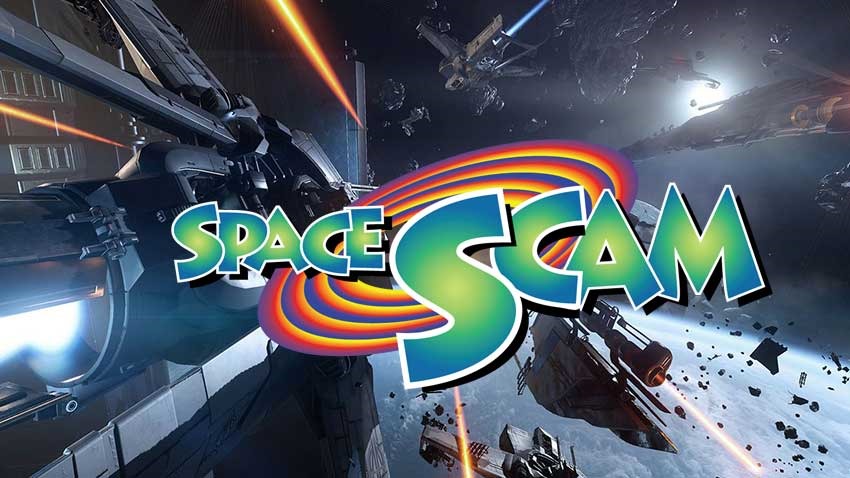 With tens of millions of dollars in the crowdfunding bank, Star Citizen was supposed to be the grand  spiritual successor to Wing Commander that fans had been patiently waiting years for. Instead, the current version of the game (and I use that term very loosely) is a collection of half-baked ideas and a benchmark for feature creep going too far.

Star Citizen today is no closer to realising its goals than it was five years ago, and that’s a shame for the people who provided the fiscal ground support for the project. Even worse, Star Citizen isn’t the game that many people backed, as its various modules have created something entirely different to what was originally envisioned and promised.

Take Ken Lord for instance, who backed the game to the tune of a staggering $4500. Lord had kept an eye on his investment, didn’t like how his contribution was being used and decided that enough was enough. Detailing how he attempted to get his money back, Lord explained that he first asked developer Roberts Space Industries for a refund and got denied the request due to it being way way past the 14-day limit on Kickstarter refunds.

Alright, fair enough. Lord then sent a letter to RSI, explaining that due to the fact that he lives with multiple sclerosis, he couldn’t play any parts of the game related to Squadron 42’S campaign, a first-person shooter module that had been added to the alpha build and is required to be played so that other content can be accessed. “My hands shake badly,” Lord said to Motherboard.

I have tremors… They just recently confirmed that you have to do the first-person shooter thing to get through Squadron 42. I can’t do that, I just can’t do that. So my money’s stuck in a game I can’t possibly play.

Any response would have been great, but Lord got met with a wall of silence as RSI decided to ignore him. What’s a fella to do? Lord decided to pursue the matter all the way to his small claims court, but his case was sadly thrown out as the court cited an arbitration clause in the game’s terms of service which was written specifically to protect RSI from litigation. Completely legal, unfortunately.

“If you and RSI are unable to resolve a Dispute through informal negotiations, either you or RSI may elect to have the Dispute (except those Disputes expressly excluded below) finally and exclusively resolved by binding arbitration. Any election to arbitrate by one party shall be final and binding on the other. YOU UNDERSTAND AND HEREBY AGREE THAT YOU HEREBY WAIVE THE RIGHT TO SUE IN COURT AND HAVE A JURY TRIAL,” the clause cleverly read.

Here’s where things get tricky. That specific clause is a 2013 addition, and wasn’t present in the 2012 terms of service that Lord and many other players agreed to. Does Lord have a leg to stand on when his TOS included the following line?

These Terms of Service (TOS) do not affect any transactions made before its effective date. All prior transactions are governed by the TOS in effect on the date of such transactions.

Nope, because RSI managed to argue that the new clause could be applied to payments made before it existed. According to Kotaku, Lord made several pledges over several years, with the majority of those investments falling under the umbrella of the newer TOS. “His pledges with new money on top of his earlier pledges required him to accept the new Terms of Service,” RSI said to Kotaku.

Long story short, Lord got screwed and is now stuck with a game he can’t even play while RSI cunningly updates their terms of service to protect them from anyone demanding a refund as the game sinks deeper and deeper into development hell, as PC Gamer detailed over here. In many ways, Star Citizen has become the video game equivalent of Christian evangelism: It has a charismatic way of attracting converts, it has plenty of zealous followers and it’s possibly the biggest scam ever seen since a lightbulb went off in the mind of Charles Ponzi.