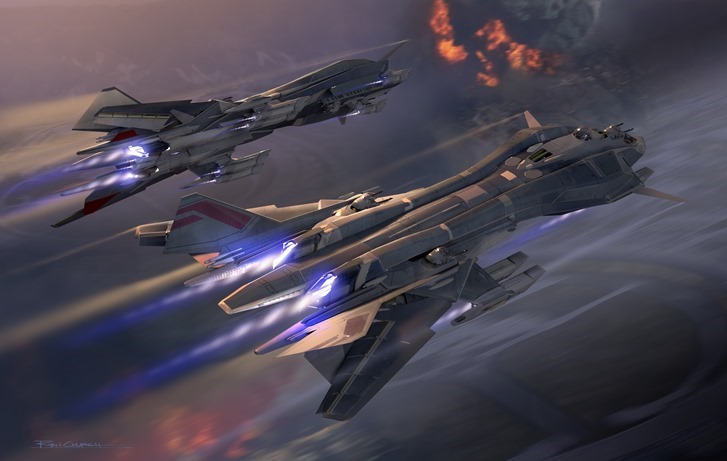 Duke Nukem Forever eventually released. The Last Guardian is a confirmed title that is finally on the way. So what’s the deal with Star Citizen then? The game has received some flack from supporters, as the fear of “feature creep” has folks afraid that the game may never release.

And with the game delaying the Star Marine module, while seeing an executive producer leave, fans aren’t happy after pledging bucks to an ambitious title that has been development for over three years now. It’s understandably under a lot of scrutiny, which has prompted a response from its developers.

“‘Delayed indefinitely’ is a games industry PR term for ‘cancelled.’ Anyone (and apparently this is a great many people) reading clickbait headlines will believe we’ve canceled Star Marine. This is not the case, to the point that it implies the absolute opposite of what’s actually happening,” CIG’s director of community engagement Ben Lesnick wrote on the Star Citizen forums about recent news headlines.

The weekly updates from the team will give you a better idea [of what’s happening], but the short story is that Star Marine was not ready for launch when we had hoped (and planned). We spent several weeks expecting that resolving a then-current crop of blockers would allow a PTU publish.

When this didn’t happen, we conducted a full review of the module lead by our top technical folks from around the company.

What they determined was what you read in Chris’ letter two weeks ago: we need to rebuild several ‘boring’ backend pieces and we need to fix serious animation issues before there would be any benefit to a release.

The delay is a matter of “weeks and not months/years/decades,” Lesnick said.

Lesnick also spoke about the frequent “concept sales” in Star Citizen, an idea which allowed Cloud Imperium Games to outsource work to contractors without having to sacrifice their main resources.

According to Lesnick, regular concept sales should be taken as a good sign, because they were evidence that “we have the [design] pipeline working properly,” and that ships that haven’t yet moved from concept to production, like the Xi’An Scout, Constellation and others, are all scheduled based on internal priorities: Squadron 42 at the top, followed by ships for Arena Commander 1.0, Arena Commander 2.0 and finally those that didn’t fit into the current state of the game such as tugs and science ships.

As for those feature creep concerns, Lesnick explained that the term was inaccurate. What Star Citizen was doing, was working on features that had been planned from the beginning of development:

At this point, we are not adding additional features to the plan, we’re building out the ones we’ve already scheduled. I’ve seen some recent posts about how Chris’ “first person universe” is at odds with the original Kickstarter-era plan… and that’s again not the case.

It’s a more recent way of describing what he wants to accomplish, but everything we’re working on is still what was pitched back then: Privateer-style persistent universe, Squadron 42 single player game, first person boarding and so on. (A desire to avoid feature creep is exactly why we stopped doing stretch goals, despite being aware that they drive revenue.)

I’ve got mixed feelings about Star Citizen. After several years and a ton of investment, I just feel like fans are owed more for their patience.

On the other hand, the game is as ambitious as frak. It’s the kind of game that only pops up once in a generation, and something of this size is bound to hit a few hurdles.

It all comes down to how much you believe in the project then, I guess.