Home Gaming Star Citizen may be a 100 GB download 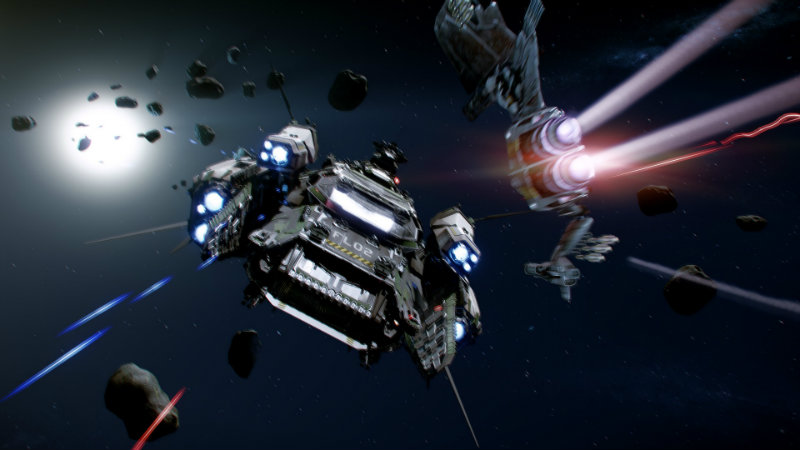 Star Citizen is going to be massive. Thanks to raking in ridiculous amounts of money from crowd funding, they have the resources to make a game on an insane scale. However, that sense of scale isn’t confined to their view of money or features, it’s also after your bandwidth and HDD space.

Jeremy Masker, Director of Game Operations at Cloud Imperium Games, posted a reply to a message predicting install size of the game (thanks PCGamer).

As I have already said, I would not count on this. The game compression and asset removal is unlikely to yield such high gains that we will be able to reduce our client size to 30-40gb. The size and number of assets that are left to deliver means that our client size is much more likely to be 100gb.
Also, yes we are optimizing game patching for speed and to only deliver diffs, but this is unlikely to reduce actual patch size. Again, each patch has 100s of assets, each of these assets are at times 200mb, this leads to 2-6gb patches, and if we end up doing a file type re-factor and have to re-download 30-40% of the assets on the hard-drive, then the patch will be 14-20gb.

A client that’s a 100 GB download. Just let that sink in for a moment. Even on a fibre connection you’re looking at a day or two of downloading. Of course, if you’re on anything slower than that, you could be downloading for quite a number of days. Then factor in that South Africa isn’t the only country where many people still have capped internet, and Star Citizen basically becomes impossible. Oh, and just hope there aren’t too many patches seeing as those will be coming in at between 2 GB and 20 GB.

I understand that the game will be massive and supposedly surpass everyone’s expectations of what a space game should be like. However, with files sizes like this, they may be alienating a whole bunch of their supporters. Sure, plenty of people can download this data without any issue, but an entire segment of the population of gamers will be excluded simply because it will take them too long or work out as too expensive to download. And to think, we complain locally about the size and frequency of patches on Xbox One. This is a whole new level.