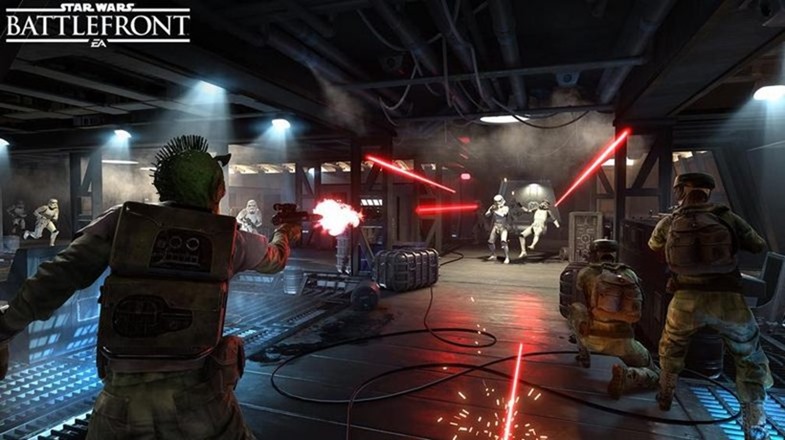 Yesterday DICE got me all excited with a tease for a brand new mode for their upcoming Star Wars Battlefront revival. The single image didn’t exactly scream anything in articular, but I did hope for something a little unique to the end of year shooter. Late last night, DICE pulled back the curtain on the mode and…well it’s rather disappointing.

Blast Mode is coming to Battlefront, and in reality it’s nothing more than a simple team deathmatch. The new mode will throw you into a 10v10 skirmish between rebel and imperial forces, taking place in tighter, more confined spaces. The matches feature a 100 kills or 10 minute limit, which makes the more claustrophobic corridors a little more suitable than the expansive, open battlefields of Conquest modes.

And while the actual mode doesn’t sound too exciting, the way some of the new maps are described does perk my Jar Jar ears up.

“One battle you’ll be fighting within interior levels on Endor or Sullust,” writes lead level designer Dennis Brännvall. “In the next battle, you might find yourselves among Tatooine’s dusty canyons, or inside the undeniably cool Ice Caves on Hoth. My favorite is the verticality of Tatooine, fighting by the Sandcrawler.”

It would be really interesting if Battlefront actually combined its modes together for a integrated battle system. While the hordes of players take on the bigger matches above ground, these smaller matches could take place in the smaller outpost and underground bunkers of each planet – all contributing to the same combined score.

Now that would be something that would make Battlefront ping a little harder on my radar than it currently is. Regardless, the game is out on November 17th.