Home Gaming Steam gets some built in tunes 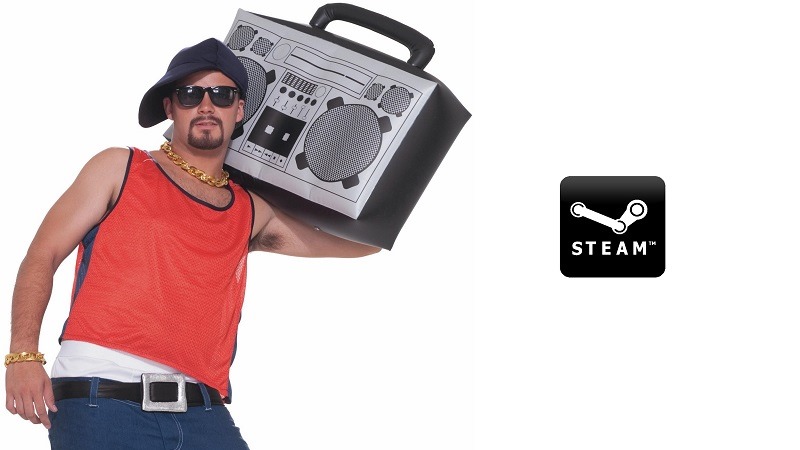 Valve have been giving Steam some good loving lately. Why, just on Tuesday I told you that they made things a tad bluer, which made it easier to browse through games which you might have otherwise missed. They aren’t done with the updates just yet. Steam now has its own music player, fresh out of beta.

Point Steam to the MP3s on your computer, then browse your collection of albums and artists. You’ll also find your Steam Soundtracks DLC in your Steam Music library when the associated base game is installed. Listen to albums, queue up mixes, and create playlists you love, right in your Steam library. Best of all, it’s all available right within the Steam Overlay, so you can control playback without leaving your game. The Steam Music library and player consist of all the basics you need to enjoy your music without switching tasks.

That’s rather neat, at least for those who are stuck on one screen. Being the PC snob that I am, I dual wield LCDs and play everything in borderless window. It’s quite easy to hop over to my secondary between gaming to manage my tunes. Still, it’s something I will check out because I love Gaben so!

To celebrate this new feature, and because Valve are so nice and the bestest thing EVER, they’ve gone and discounted some of their core franchises which have the soundtrack DLC included for free. Already own the game? Don’t worry, the music is free for you already. Here’s what’s on sale…

I’m afraid we can no longer be friends if you have missed any of the above. Also, some quick maths:

We all know what Episode 3 will be… so HALF-LIFE 3 CONFIRMED! Remember, you read it here first. I look forward to using my new music player while embarking on the next Freeman adventure.