Before you scrunch your face up – I think chess is perfect for Street Fighter; A game between players who really know what they’re doing plus out much like a chess game – with attacks, gambits, careful analysis, break moves critical moves, and importantly, fireballs. The Street Fighter 25th Anniversary chessboard will be a ‘large 18"x18" smoked and sandblasted glass’ constructions – with Street fighter characters making up the pieces. All of this with a "high-quality black wood storage case with polished chrome latch and hinges and a large Street Fighter 25th Anniversary logo laser-etched into the lid"

If you’re willing to, it’s available from Capcom’s online store – for the bargain price of $300. There will only be 5000 of ‘em made though, so your R2500 will get you something very few people will have. If you’re not sold on the look of the characters as chess pieces, Capcom hasn’t said whether or not it plans to release costume DLC for the set. 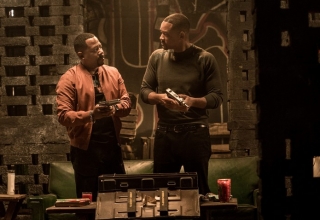