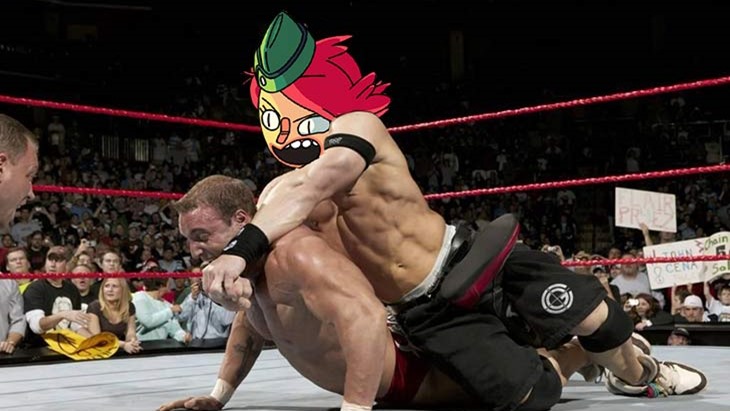 Gentlemen, there is a game on the way. A game that will test you to your limits. A game that will have you dying over and over again as you rewind your timestream like a suicidal character on Doctor Who. That game is Super Time Force Ultra. And it’s headed to your PC.

Never heard of Super Time Force Ultra? Well the core gameplay has a simple idea, that quickly screws with your mind. Sent back in time to the prehistoric era, Colonel Repeatski has tasked the STFU team with saving dinosaurs from winding up in the extinct section of wikipedia, which for some reason means taking the fight to asteroids and cybernetic Tyrannosaurs.

You’ve got 30 lives to navigate through a bullet hell that has enough ammunition thrown at your face to level Stalingrad ten times over and you’re going to die. A lot. The hook however, is that players can watch their timestream of actions unfold, and even rewind back to a previous life in order to get the best out of a run, or start all over.

The game was previously only available on the Xbox consoles, but now PC gamers will get a chance to tackle it. Here’s the official announcement from Capybara Games:

Two pieces of exciting Super Time Force news:
First, Super Time Force Ultra is coming to Steam this summer! We’ll be bringing STFU to PC players in the not-so-distant future, and while we’re at it, we’re adding some very cool (but presently very secret) stuff to our crazy time-traveling game!
Second, the Super Time Force Soundtrack by 6955 is now available!

Starting RIGHT NOW you can pick up the 53-track album of insanely amazing chiptunes from Super Time Force, by our good friend 6955. Sure, we’re a little biased, but the entire team here at Capy can’t believe how amazing this album turned out. Your ears will thank you.
We’ll share more about Super Time Force Ultra on Steam shortly, so stay tuned here and on twitter!

Sounds rad. If you can’t wait for the enhanced PC version, you can still grab the game on console. I highly recommend giving the Contra Code love letter a whirl.