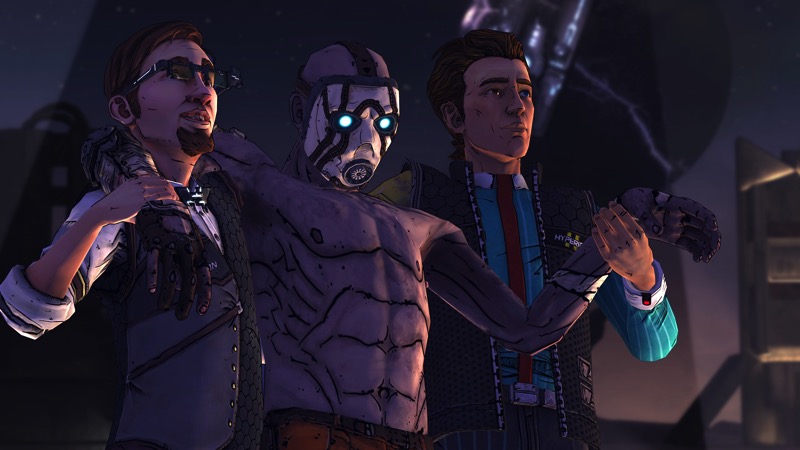 Back when the very first episode for Tales from the Borderlands launched, I was so, so close to throwing down my credit card just ahead of the festive season. I love Borderlands, and I love Telltale, so it seemed like the obvious choice. I’m glad I didn’t just yet though, because it’s been four months since then, and not a single new episode to show for it. That’s changing next week.

Telltale has finally revealed when the second of five Tales from the Borderlands episodes will launch, and in traditional fashion it’s not too far away. The developer didn’t give a solid date, but revealed at PAX that Episode 2: Atlus Mugged will arrive during the week of March 17th. And if you’re short on a calendar, that just so happens to be next week.

This new episode is set to focus heavily on both Scooter and Handsome Jack, as protagonist Rhys comes face to face with the iconic villain through some odd visions. Maybe Rhys should be laying off the moonshine that band of Psychos gave him.

It’s exciting news, but it still doesn’t help the fact that it’s been a third of a year since the very first episode of this series launched. If it keeps going at this pace, the conclusion to the first season of Tales from the Borderlands will only arrive next year. I’d still recommend a certain degree of caution when looking at the purchase button – unless you’re an incredibly patient person.

I’ll be waiting to see if Telltale kick the launches up a notch and start having them closer to each other. Either way, if you’ve already taken the plunge, then next week is definitely one to look forward to.