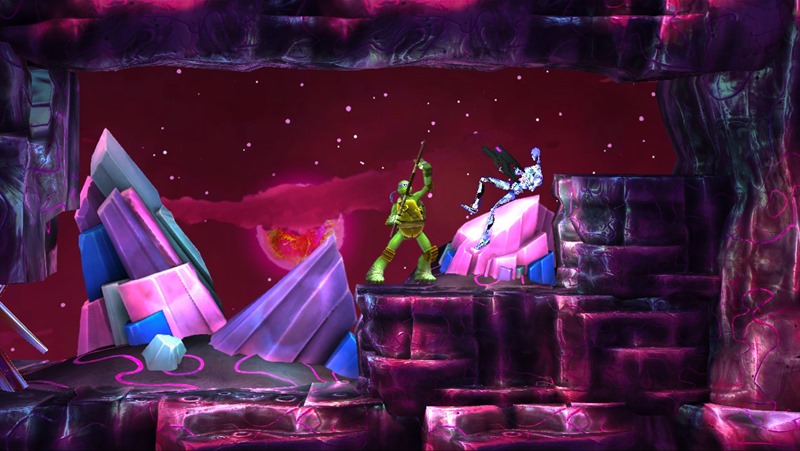 WayForward Technologies is developing the latest game, which takes the Turtles back to their trademark 2D roots with some platforming action. And hopefully no underwater levels, which I’ll be forced to play in hell for all eternity when my karma finally gets the better of me. From the press release:

Teenage Mutant Ninja Turtles: Danger of the Ooze brings together new locations, allies and threats! The game quickly heats up as Shredder, Tiger Claw and a new army of mutants threaten the streets of New York, forcing Leonardo, Raphael, Donatello and Michelangelo to take action into their own hands. The game’s distinguishing feature is its vast, interconnected, non-linear game world, which rewards exploration and creative thinking. Powers, upgrades and equipment scattered across New York and Dimension X opens up new environments to traverse, secrets to discover and bosses to battle.

All four Turtles can be swapped between freely throughout the adventure and each has its own unique rhythm, with specialised stats, strengths and skills. Combat is fast-paced, emphasising the gang’s martial arts prowess through attack and item combos, counters and finishers but also provides tools for stealth-based approaches to avoid or tackle enemies. 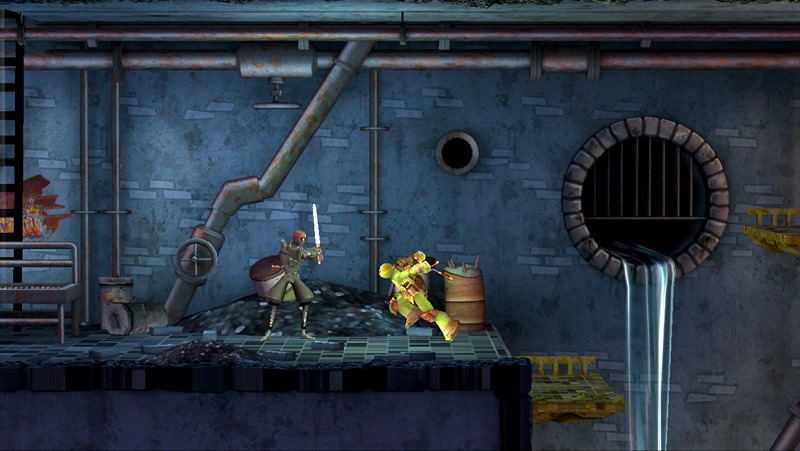 Now add some DLC that allows me to play as the Shredder and I’ll be freakin’ sold. The game is out later this year in the US Autumn, on Xbox 360, PlayStation 3 and Nintendo 3DS. If you’ll excuse me, I’m going to go tie cheese graters to my arm and terrorise a local aquatic pet shop.