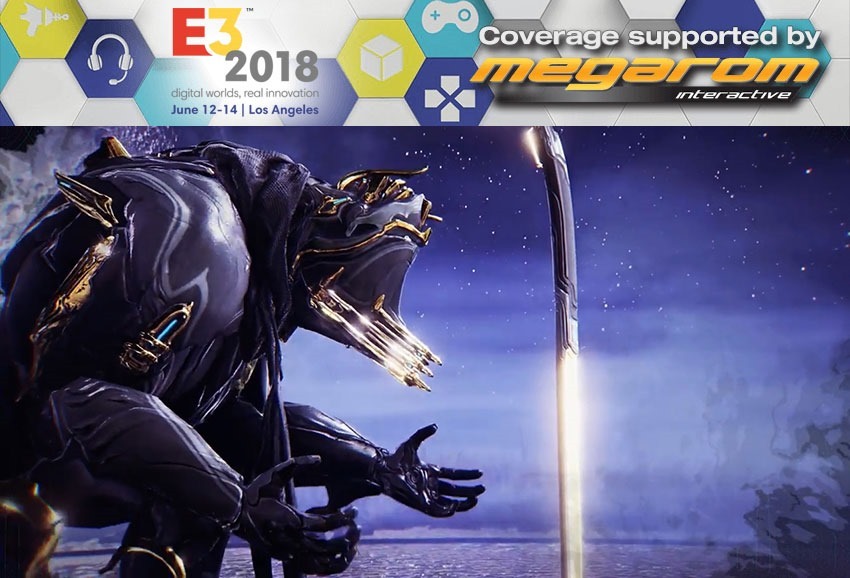 After literally years and years of teasing and waiting, the first full trailer for Warframe’s latest cinematic quest, The Sacrifice, finally got unveiled during the PC Gaming Show at E3… and there’s not really much to it. I was honestly expecting some huge epic reveal (where’s that official confirmation of the leaked Limbo Prime), but instead we just got around 30 seconds worth of footage. It was some awesome footage though as we saw the new Excalibur Umbra frame in action complete with spinning swords and anguished screams. Oh and ol’ big arm Ballas was there to chide Excalibur Umbra (Excalumbra?) with “Howl all you want. You’ll never get him back.”

Who exactly the “him” is here is a mystery right now, especially since you would assume they would be talking about a “her” based on the events of the Apostasy Prologue quest which precedes Sacrifice (and which I won’t spoil here). Luckily, if you’re a PC Tenno, you won’t have to wait long to unravel the mysteries of The Sacrifice, as the cinematic quest will be rolled out to PC players this week. My fellow Console players, don’t worry too much, we’ll be getting it before the end of June. And, of course, just like all other content as well as the Warframe game itself, The Sacrifice will be completely free.