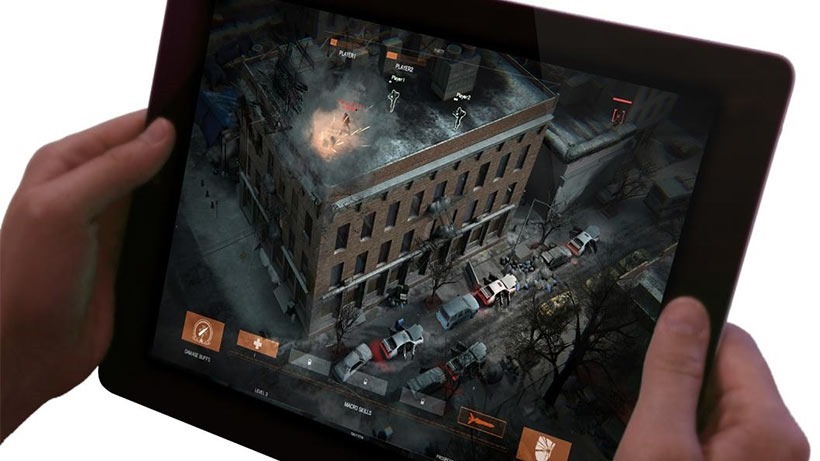 Back when we first saw the Division, companion apps were all the rage. Just about every game – especially the ones from Ubisoft – pegged having a Tablet alongside you was the best way to play games. As such, Division was set to have a companion app; a separate, but connected tablet game that would allow friends to aid you in missions by working as a drone that could help heal, or sneak in a few aerial shots at bad guys. It looked amazing, if not superfluous.

Well, that’s no longer happening. According to IGN, Massive entertainment has confirmed that the Companion app for The Division has been canned. According to them, the drones “created an imbalance.”

In some ways, I’m relieved. I imagine a sky full of drones in a game like The Division to be like mosquitoes in summer; annoying, noisy, likely to make an otherwise sane person explode in fits of homicidal rage. On the other, the implementation really seemed quite spectacular, and added an extra layer of tactics on an already tactical, hardcore RPG shooter.

The problem of course, is that companion apps – despite good intentions – have largely been terrible, and I’m becoming increasingly glad that they seem to be going away. That nonsense Ubisoft pulled with locking certain chests in Assassin’s Creed Unity unless they were opened via the companion app? Rubbish, and I’m happy to see even less of it. Is it the end of the era of silly superfluous add-on apps?

You may or may not know this, but our Alessandro was among the first people in the world not employed by Ubisoft to go hands on with Ubi and Massive’s ambitious online RPG.

He rather liked it. I got to see the game last year, and found it to be a surprisingly in-depth RPG, much to my delight. It’s a game that I’m looking rather forward to, and the lack of a companion isn’t going to do much to dampen that excitement.