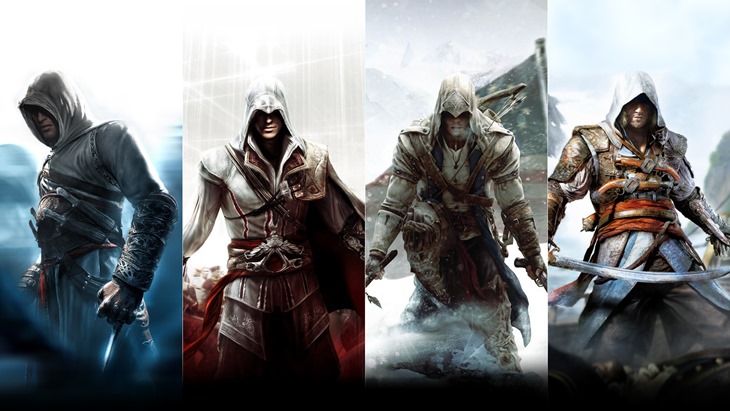 Seven years. In video game terms, that’s a lifespan that is equivalent to a sneaky fart in an elevator. And yet in such a short amount of time, Ubisoft has managed to create one of the biggest franchises on the planet. Games, books, comics, action figures and more have been born out of Assassin’s Creed. And over the years, it has evolved into something magnificent.

Except for Assassin’s Creed 3. Urgh. That game. Anyway, here’s our latest Evolution video, which we have yet to secure the rights of that particular Motorhead song for. While looking at Assassin’s Creed, we used the core games in the series, leaving out the less well-received games such as Liberation, Pirates and Discovery.

See, the games that really shaped the series were titles such as the superb first sequel, it’s even more polished expansion Brotherhood and the back in black flag fourth numbered game. Those are great examples of Assassin’s Creed, and by the look of things, Unity might be the new benchmark for the series.

It has an interesting co-op mechanic, a lead character who knows how to be serious without becoming a sourpuss (I’m looking at you Connor) and a visual style that resembles an oil painting come to life. It’s high on my agenda for the October onslaught. And hopefully, it’ll evolve the game even further.