Home Gaming The Exclusive War – who is really winning? 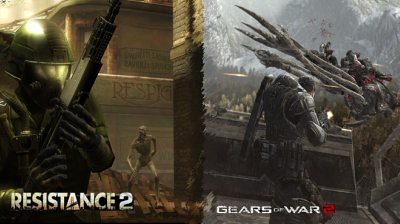 ScrawlFX has put together a pretty indepth look at all the upcoming exclusives (of one sort or another) for both the Xbox 360 and PS3.

While the Xbox 360 easily has the most upcoming titles it is interesting to note that the PS3 has more pure Next-gen exclusives coming up.

One thing I did notice though is that the vast majority of PS3 exclusives are coming directly from the Sony developers who, unless I am mistaken, really haven’t proved any pedigree in this generation of title.

I think the only real title they have delivered is GT:P which is a very nice and detailed demo.

Or did I miss a big one?

Â [Thanks to doobiwan for the tip]