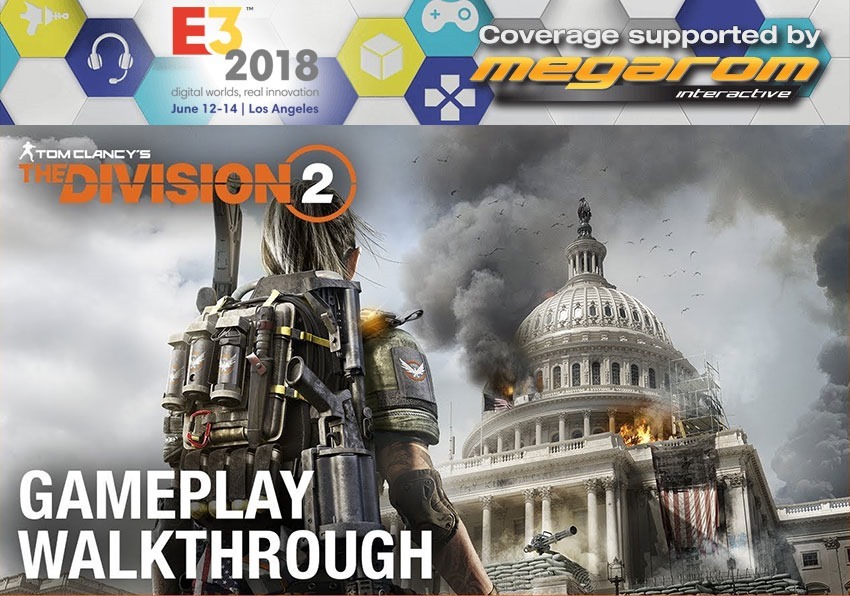 Tom Clancy’s The Division was an absolutely amazing game when it launched. And then it got pretty crap, thanks to a terrible endgame. Did I say “terrible”? I meant, “a total lack of”. However, since then Ubisoft managed to turn around the fortunes of their urban shooter in a huge way thanks to some great content releases. And now The Division 2 is here to continue that hot streak as not just one but two gorgeous new trailers for the upcoming sequel just dropped during the Xbox presentation at E3.

The first trailer sets the scene for the game informing us that it takes place 6 months after the viral outbreak that wiped out most of the US. However, as the survivors of that conflict start to piece together the pieces, a shadow government of sorts has risen up in Washington DC, poised to spark off a new civil war with only the agents of the Division able to protect those trapped between. Much like The Division’s first trailer, the second one is also a bit of a cheesy scripted gameplay trying to feign actual multiplayer, but I’ll be damned if it doesn’t look gorgeous as hell with some fantastic gunplay. I particularly like some of the tools being used like what looked like a glue gun. Neat!