Comic book sidekicks are pretty much like STDs. No one wants them, but if you get one, you’re stuck with it for life. As long as superheroes need a bumbling partner with which to rescue in two dozen pages every month they’ll be there to cock up an attempt to foil crime. Here’s five of the very, very, very worst that ever made it off the printing press. During the early days of comics, hating Asia was more American than Apple Pie. Which would explain how the writers of The Crimson Avenger came up with Wing. A Chinese Chaffeur for for that hero, Wing may have had the dialect of a propaganda poster, but at least his ass-kicking skills were up to Kato levels.

But after The Crimson Avenger got a cosmetic retooling, the writers and artists of that character decided to do the same to Wing, only making him about as useful as a TV license. Dressed in yellow spandex, red shorts and a shark fin in case a Chinese submarine crew needed to be insulted, Wing mangled the English language with the ferocity of a wartime bond. Green Lantern, a hero with the pwoer to shape anything his imagination can think of with his ring, hampered only by a weakness to wood (not that kind, ya perverts!). So what’s the perfect sidekick for such a powerful hero?

Why, a fat guy with a bad hat of course.

In keeping with the times, Doiby was a cab driver from Brooklyn, which meant that every single one of his sentences ended with someone committing suicide whenever read aloud. With a motto of “soivice that don’t make youse noivice”, Doiby proceeded to bungle every single scenario that he was put in, while attempting to fight crime with football hooligan methods and failing miserably. We’ve all entertained the idea of being a superhero at some point. Hell, look how many lunatics popped up once Kickass had finished playing at theaters. Thing is, unless we’re blessed with super-science skills and infinite cash, that ain’t going to happen.

Which explains Uncle Marvel, who conned his way into the Shazam crew with sheer ballsiness, earning a tiny shred of respect in the process. A criminal most of his life, the ruse was soon uncovered by Captain Marvel, but rather than send his ass back to jail, they decided to keep him around for his cheerful personality.

Which is the equivalent of keeping John Wayne Gacy around because he makes great balloon animals. At least his mirror universe persoanlity was actual useful, and had more than just the power to make fat look fat in spandex. If there’s one thing that sidekicks are good for, besides makeshift bullet-shields, it’s to be a sharp contrast to a hero. Batman has robin, a moe light-hearted mirror to his brooding and Alfred-punching when his tea gets cold, while Jimmy Olsen is a snappy dressed, fearless photographer that teams up with Superman from time to time.

So what sidekick does Wonder Woman get? Why a fat, short, screaming Texan that is one step away from a level of diabetes that would require her legs to be chopped off. Etta Candy was to women’s dignity what a bazooka blast was to a hobo.

With a dizzying array of powers that included eating more candy than humanly possible, stealing Zack Ryders’ “Woo Woo” catchphrase  and charging into people, Etta was the perfect polar opposite of the Amazon princess back in the forties.

And by polar opposite, I mean the fact that her every movement was heavy enough to cause a shift in the polar poles. Still, she eventually shaped up, when DC Comics decided that the only way to make the character far more bearable would be to change her weight, size, height, attitude and ethnicity. This particular sidekick is a notable addition, because he’s the most contemporary one on the list. A partner for none other than the Amazing Spider-Man, Alpha was meant to shake up his status quo, and pave the way for a new direction for the web-spinner.

Instead, we got the most obnoxious character possible, a sidekick more interested in fame and glory than being an actual hero. While this isn’t exactly a unique theme in comics, what made it different was that Alpha looked set in his ways.

Fans hated him, to such a degree that Marvel said “testicles to this” , and shoved him out the door quicker than a a toilet rush after Mexican food. And good riddance. At least we got Spider-Man mentoring the infinitely more interesting Hope Summers in the process. 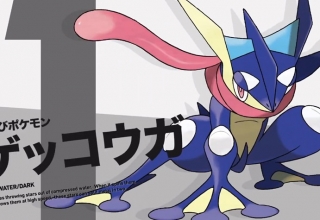 A while back, Google teamed up with Nintendo to poll fans on who they thought was the greatest of all the little monsters roaming the Kanto, Johto and other regions that make up the world of Pokémon. The results are in, and on official Pokémon Day with over 140 000 votes the winner is…