Home The gear, loot and realistic car doors in The Division 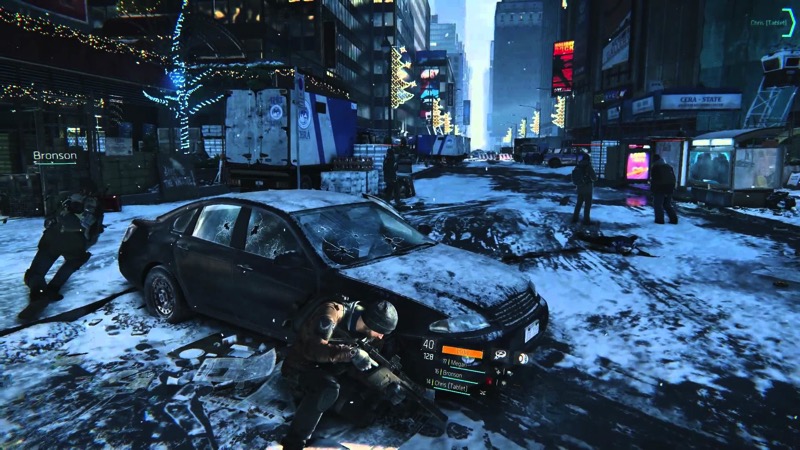 The Division has been in quiet development, with only rare updates for the MMO shooter appearing here and there. E3 next week will mostly likely change that, and I fully expect The Division to be a frontrunner in Ubisoft’s line-up. But before any of that, let’s look at some of the finer details regarding the shooter. Like how well car doors will close.

Because that’s really the important stuff, and it’s something Ubisoft Reflections has been focusing heavily on with their animation team. So much so that they’ve switched from Swedish to American cars for motion capture and key frame noting – so that when you open and close a cab door for cover, you’ll really get that authentic New York feel to it. It sounds silly, but it makes a difference. Just like that one bloke who was forced to work on Batman’s cape physics for two years alone.

On the more traditional side of things, The Division will feature pretty standard fare loot and gear. Loot will be colour coded according to rariy, with all the shiny, orange drops you see in trailer constituting the rarest of the lost. Not all enemies will drop presents when you take them down, so don’t expect Borderlands levels of generosity here.

Gear has a bit more depth to it, featuring the standard torso, head, legs and feet slots. Each of these is then sub-divided further to give players far more customisation options – so that you truly stand out in the American Wasteland you find yourself surviving in. It’s a nice touch for a game that;s going to have thousands of players, but nothing more.

Personally, I think The Division really needs a strong E3 showing to reignite the interest in it again. It’s been a long time since we’ve seen the game actually running, so a lengthy gameplay show will go down just fine – with a side order of an actual release date.