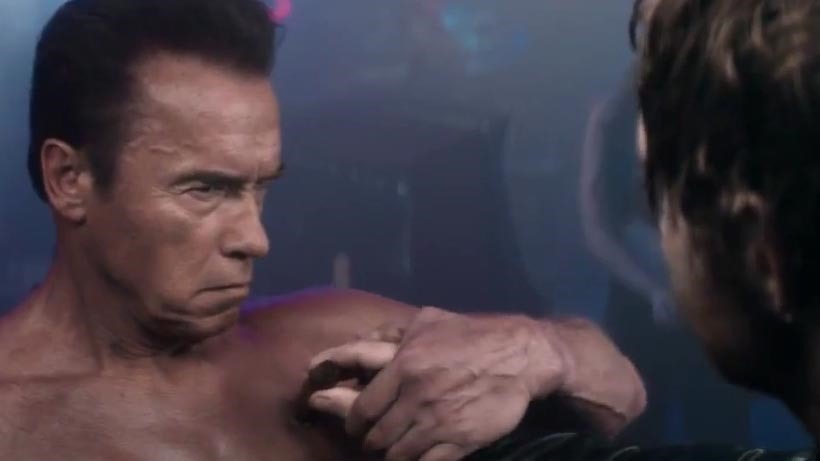 The WWE has been filled with memorable characters and gimmicks. The Undertaker. Stone Cold Steve Austin drinking beer and f***ing fear. The Rock laying the smackdown on any candy-ass who got in his way. But now, it’s time for a new kind of superstar. A new kind of pensioner who really needs to put some pants on, and realise that he’s not in a Virgin Active locker room right now.

It’s time for the Terminator to hit the ring. And may Skynet have mercy on your souls:

I dig it. I’d ask you what you think about this, BUT IT DOESN’T MATTER WHAT YOU THINK! I’m also genuinely hoping that Arnie went through the same capture process that created last year’s WWE superstars. Because really, it’s high time that we got a photo-realistic superstar with sagging pectorals and an emotionless face that was layered over a nigh-indestructible metallic murder-bot endoskeleton who wasn’t Ric Flair for a change.

Now tombstone pile-drive me if you want to live.