Home Gaming The TeSPA Collegiate Hearthstone Championship has $100,000 worth of scholarship money up for grabs! 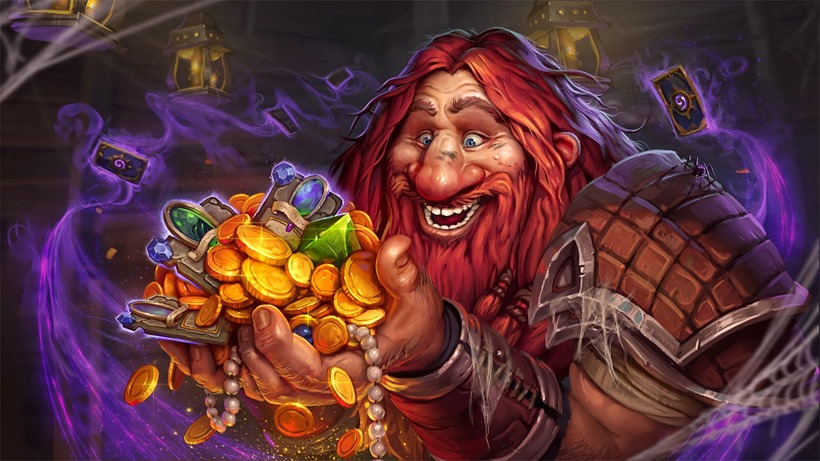 Anybody who knows me can tell you that I despise Hearthstone. It’s a filthy card game based on nothing but pure luck (and requires zero skill), and one that I simply refuse to get addicted to. Except, I’ve now downloaded it, and find myself playing it between all my other games. How Blizzard… HOW DO YOU DO THIS? Next thing you know, I’ll probably be following its eSports scene too! What better place to start, than with the TeSPA Collegiate Hearthstone Championship? DAMMIT I’M MEANT TO BE AGAINST THIS SILLY GAME!

Anyways, the TeSPA Collegiate Hearthstone Championship is coming. It’s the perfect excuse for students to to forget their studies in favour of gaming… to make money for themselves to study. It’s a vicious cycle ok! Here’s the trailer for the tournament (via the Hearthstone Blog):

Pay attention, class! The TeSPA Collegiate Hearthstone Championship Twitch is coming this fall to schools across the US and Canada, featuring a brand new three versus three format, vicious school rivalries, and a legendary prize pool of over $100,000 in scholarships!

That is a lot of cash dollar! If you’re in the right country and keen to enter, here are some rules to keep in mind:

Entries close on September the 25th, so there are three or so weeks to decide whether you fulfill the above criteria. For the rest of us here in South Africa, we can at least look forward to some competitive Hearthstone.

I’m interested to see how this three-member team format works personally. What about you? Do you watch competitive Hearthstone? Will you be following this tournament?