Home Gaming The Witcher 3 has 50 hours of side quests, heavy inventory 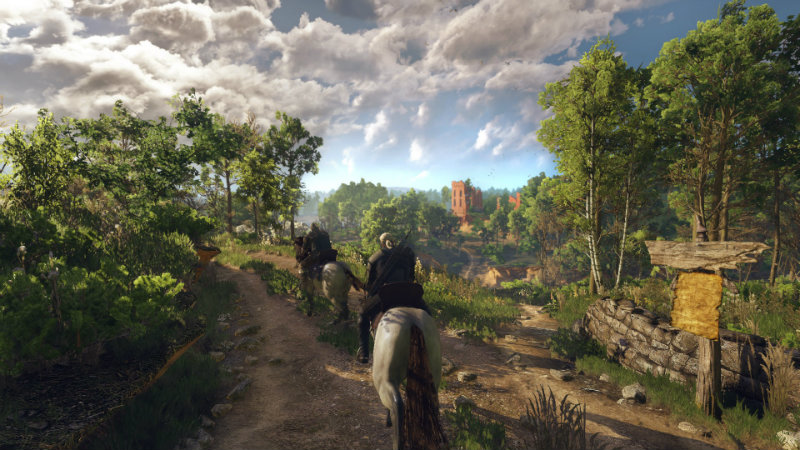 Remember yesterday how I told you about Damien Monnier’s nude Milan twitter Q&A? It was because there was a press event in Milan for The Witcher 3. We weren’t invited, sadly, but Xbox UK went and asked some community questions to the Community Coordinator, Marcin Momot. He isn’t naked, but he does give some interesting answers.

Here is the interview for those who like watching things.

For those who prefer reading, he gives some interesting answers. For example, the game will have various difficulty settings. So, if you’re struggling to play on hard with its overly Dark Souls-esque gameplay, you can take it down to normal or even easy. In all honestly, I’d probably play on the easy setting just so that I can explore the massive world and engage with the story without the fear that everything is out to kill me. Speaking of the massive world, the complete map should be revealed soon; apparently they are planning some sort of special reveal which should be rather cool.

As for loot and inventory, of course you will have the usual two swords and magical signs, but you can also find blood weapons, axes and other means of killing things along the way. However, you won’t be able to carry all of them around with you. The more Gerald carries, the heavier he gets. Carry too much, and Geralt will only be able to walk, so you might want to sell off some of that extraneous gear.

Finally, Momot comments on side missions. He says they’ve measured them and they seem to offer an additional 50 hours of content. Considering that yesterday Monnier said that the game would be over 200 hours if you did everything, does this mean that the main story is 150 hours long? That is certainly quite something, especially if you carry over your saves from The Witcher 2; what an epic tale.

That tale will, of course, be based on the lore of The Witcher books, but Momot points out that while some of the people on the project read the books as children, plenty of them were first exposed to the Witcher with the games. As a result, not everyone has entrenched lore and we might see some cool new directions for the game that expand upon the existing story as told in the books.

Either way, Momot does admit that there is quite a lot of pressure to make The Witcher 3 the best game that people have ever seen. However, he also explains that with that pressure has also come a ton of support. The community really believes in the game and is excited to see what the studio does. While I’m really excited to see the game, and support the studio’s approach to it, I am still a bit wary of building up too much hype. There will always be bugs and issues in the game, but here’s hoping it’s still better than anything we’ve seen.