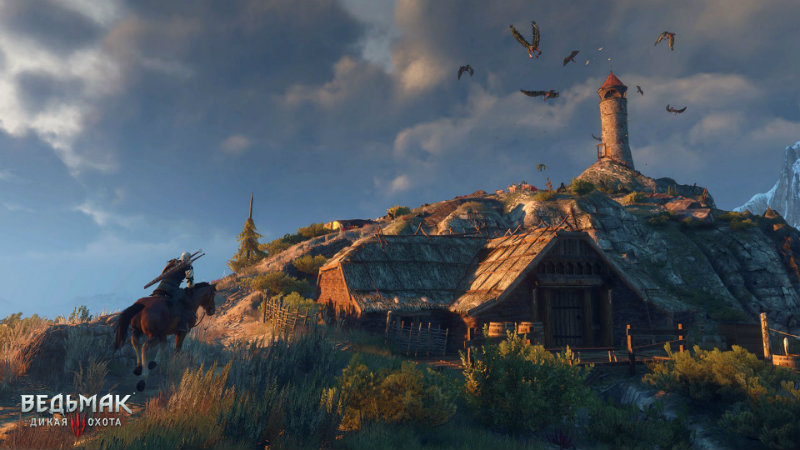 Most journalists and gamers love indies for their open responses to questions – hit them up on twitter and they will actually respond. Most AAA titles are far too big and part of the PR machine to do the same, but not The Witcher. Senior Game Designer at CD Projekt Red, Damien Monnier, was bored and naked in his Milan hotel room and decided to answer your most burning questions.

First up, let’s talk about the difference between PC and PS4. We’ve heard a lot about Xbox One, and the reason for that is probably exactly what you suspected.

@MadYarpen sometimes our fans understand us more than we can say. Don’t worry about a thing. You have my word.

Okay, so they can’t say much because of contracts, but we have nothing to worry about when it comes to The Witcher 3 on PS4. In fact, when asked which PC settings the PS4 version would be equivalent to, he replied saying probably high – he even goes so far as saying that he’s been known to confuse the PC and PS4 versions.

Of course, the reason it will be best on PC, and presumably better on PS4 than Xbox One, is because of how pretty the game looks. But that wasn’t the biggest technological hurdle that they had to overcome. Bonnier actually stated that it was all the unique NPCs doing their own things that used up a lot of thinking power.

As for the actual scale of the game, Monnier assured those asking questions that while it’s hard to say exactly how long the game is if you do all the side quests, it’s over 200 hours. Despite having cool combat of its own in the Witcher franchise, people asked about combat systems and got a rather cool insight into inspiration.

@AdeptuAstarte I love it, ours is similar in fact. Responsive, fast. Big influence for sure.

Finally, for those who are still wondering about Ciri, you will play as her in specific moments in her story. They aren’t all flashbacks, but they certainly might remind you of the flash:

@charliezockt oh man she’s bad ass. Faster, weaker but with some magic moves and abilities unique to her.

@charliezockt yes she’s different. Still 3rd person but she’s faaaaaaast and I mean it. If you blink you’ll miss her.

I love that he took the time to answer the questions. The more I hear about the game, the more excited I get. I love that the game will be massive, with varied NPCs and quick responsive combat – particularly for Ciri. It’s sounding glorious and I can’t wait to get my hands on it.