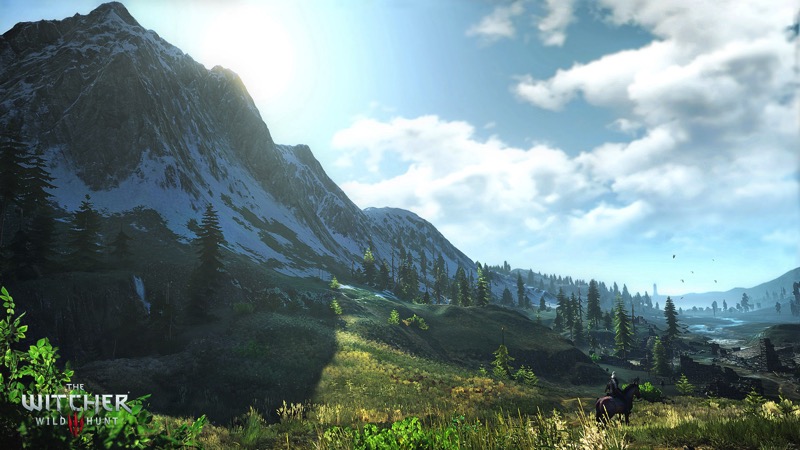 The Witcher 3 isn’t just an awesome game that everyone is looking forward to. It’s not just about pretty footage, it’s about setting a new benchmarks for games in general – specifically RPGs. PAX East hosted a panel for developers during which they explained the extras that were only made possible thanks to the added power of the current generation of gaming platforms. Plus, we find out some things they’re really proud of.

According to Senior Game Designer Damien Monnier, the studio is “real fucking proud” of being able to release 16 DLC for the game completely free. However, as the DLC aren’t even made yet, they definitely won’t be on the disc. As for other questions, players can deeply customize the UI and disable or enable some elements, but there’s no photo mode.

The world sounds extraordinarily dynamic. Beyond the fact that some people might mention things that happened (even if they don’t necessarily know that Geralt was behind it), the entire world can shift and change. For example, monsters can be spawned extremely far from the player. If you kill a deer, it produces a smell and the engine calculates whether there are are monsters around and if they might be drawn to the smell. They might not like each other and end up fighting without the player even doing anything. There can be huge battles between NPC, too. But this quoted example of a situation that occurred during testing is particularly striking:

In a situation during testing, the player was riding on a horse, and got charged by bandits also on horses. He started fighting, but monsters suddenly charged from the forest, making the bandits’ horses panic. After that, the monsters slaughtered the bandits.

So, by making the game on new generation consoles and PC, the studio can include such nuanced elements as horse panic. It’s genius and organic and makes me excited to play the game. Anything could happen at any time, and the world will shift and adapt. It makes for great storytelling of your own unique experience of the game, as well as ensuring that there’s plenty of replayability.

And that is why it will set a new benchmark for games. It goes beyond the pretty pictures or the cool mythology that’s created. It’s in every facet of the game that other studios will only hope that they can bring to their games. Plus, 16 free DLC is pretty cool.