Back on the 27th of November I posted an article showing how to fix the problem with Xbox One not loading game discs. In essence you needed to turn it off and on again.  Then earlier in February Geoff posted a fix to the Xbox One black screen of death.

And yes the fix was again that you had to turn it off and on again.. come on guys the Xbox One is windows based how was this not your first attempt at a fix?

Those two articles brought in over 35 000 hits which we found to be hilarious as the remedy was the most basic Microsoft fix that has existed for the last 2 decades.

But now there is a new problem with the Xbox One, well the ones in the beta program, where the console appears to lose track of its disc drive and half way through a game it will stop and ask you to put your game disc in. Or it won’t see the disc at all in the beginning.

“arkja1 posted the following workaround for when this issue is encountered, and NJDevils rock13 forwarded it to investigate: “I have a temporary solution for the disc drive issue. Leave the current disc in the console after the console grabs the original disc back in. Wait 30 seconds, the disc drive will wake up and read the current disc once it does, swap out the discs. Works 100% of the time.”

“When trying to play a game, or while in the middle of playing a game, the game is stopped and an error is shown asking “Do you own this game or app? If you have a game disc, insert it now. If there is no disc, make sure you are signed in to Xbox Live. If you do not have the rights to play this, you will need to buy it at the Xbox Store (0x87de07d1)

ActionHank77 commented that signing out of his profile, then changing games, then signing back in worked for him”

However if you started losing track there don’t worry as there is another fix that apparently works 100% of the time.

“Turn it off and on again…” 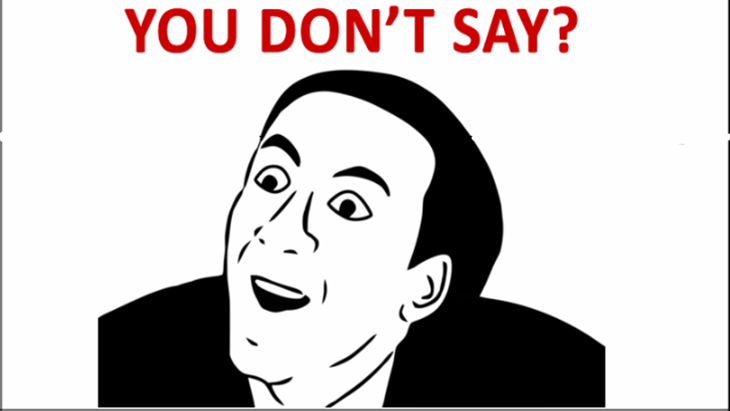 Yes a full power cycle, hold the button down for 5 seconds or pull the plug from the wall, fixes all the problems all the time.

Now thanks for the hit but please if this article helped you remember for all future problems just restart the stupid thing and then you should be good to go.

Oh and for all those beta people complaining about this, please go read up what a beta is about. You can unregister from the beta program by going to My Games and Apps on the dashboard, selecting Apps, select Xbox One Registration and click Unregister.