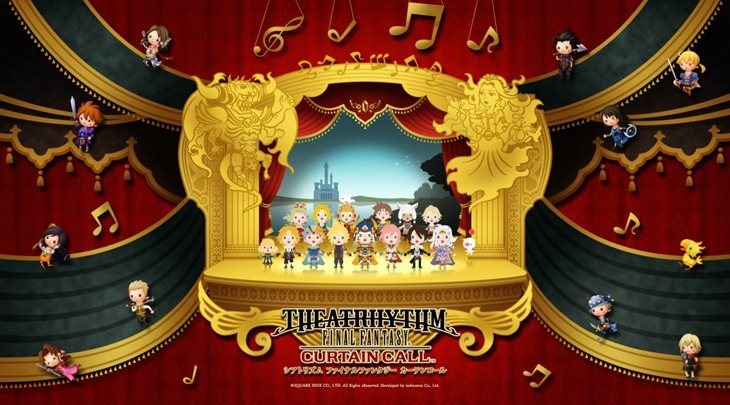 Say what you like about Final Fantasy, but on the audio side of things, the franchise has always hit some high notes. And quite a few others as well. TheatRhythm Final Fantasy: Curtain Call is the next game in that musical series that pays tribute to some classic tunes. And it has a collector’s edition that is packed with great tunes. 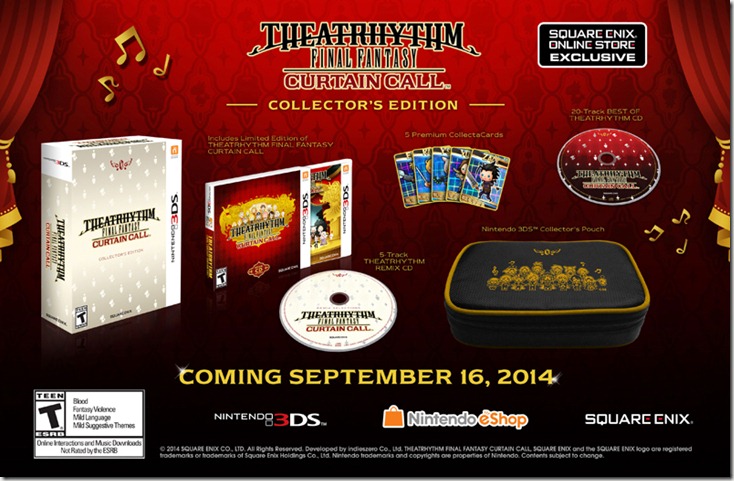 Albeit a very limited special edition of around 5000. Here’s the full press release from the Square Enix store:

TheatRhythm Final Fantasy was actually a pretty decent game. It had a chibi  look to it, but the combat and musical mash-up was solid overall. And it was packed with plenty of memorable tunes overall.

Sniff, I’m not crying dammit. I just need to shed excess manly body-fluids. If you’d rather get a vanilla edition, TheatRhythm Final Fantasy: Curtain Call will be out on September 16. New characters, new stages, new tunes and new battles.