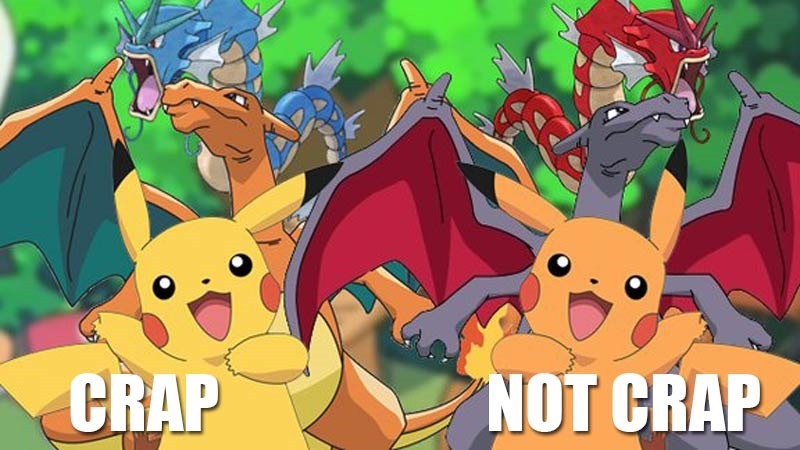 If you’ve been following my journey lately, you’d have read about my quest to catch all the Pokémon. Every single one of them, including event Pokémon. And I did it. I caught, traded and evolved over 700 of the little pocket monster bastards. And it was a gargantuan effort. Thanks to online sources, cool people and friends however, I managed to pull it off, and earn a neat little star in my Pokedex to boot! I felt like giving up plenty of times however. Or being cheap and just buying the Pokémon that I needed. Fortunately, I never did that, even though such an option does actually exist.

Take a look at eBay to get an idea of the scope of this operation. Now shiny Pokémon in particular, are the rarest of the rare. They’re just like regular Pokémon…but shiny. That palette swap instantly makes them better because reasons, and encountering even one shiny is considered a small miracle. It is just that difficult to find, weaken and catch the buggers. Naturally, people want them badly.

There are a number of techniques out there which can help increase your catch rate, but balls to that. Alternatively, you can always hack a rom with a cheat device such as Action Replay, but that also takes time. Alternate alternatively, you can just buy an entire Pokémon cartridge loaded with the buggers. You can spend anywhere from $120 – $60 to get any of the Pokémon games that are loaded with shiny versions of the critters. Check it: 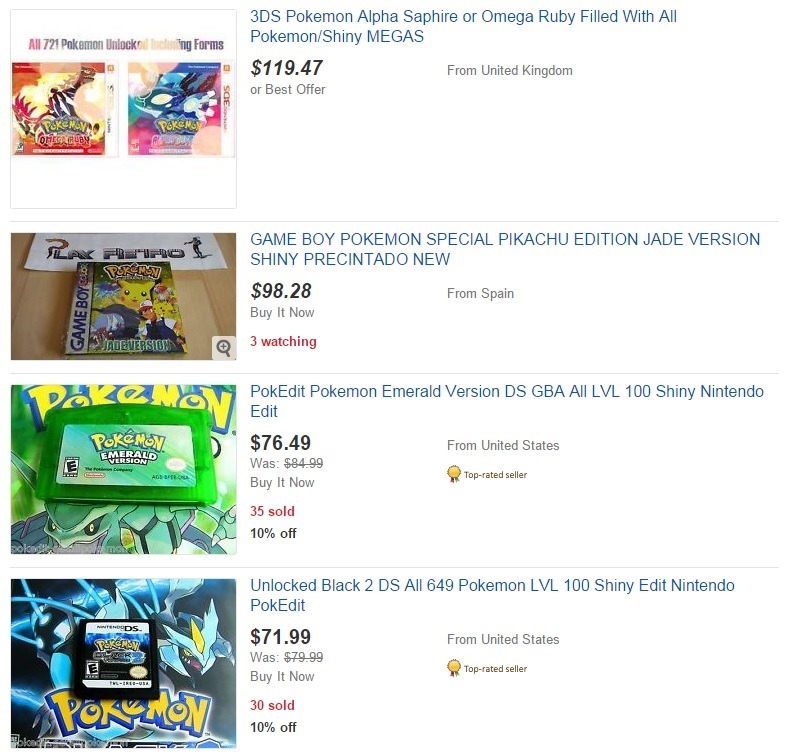 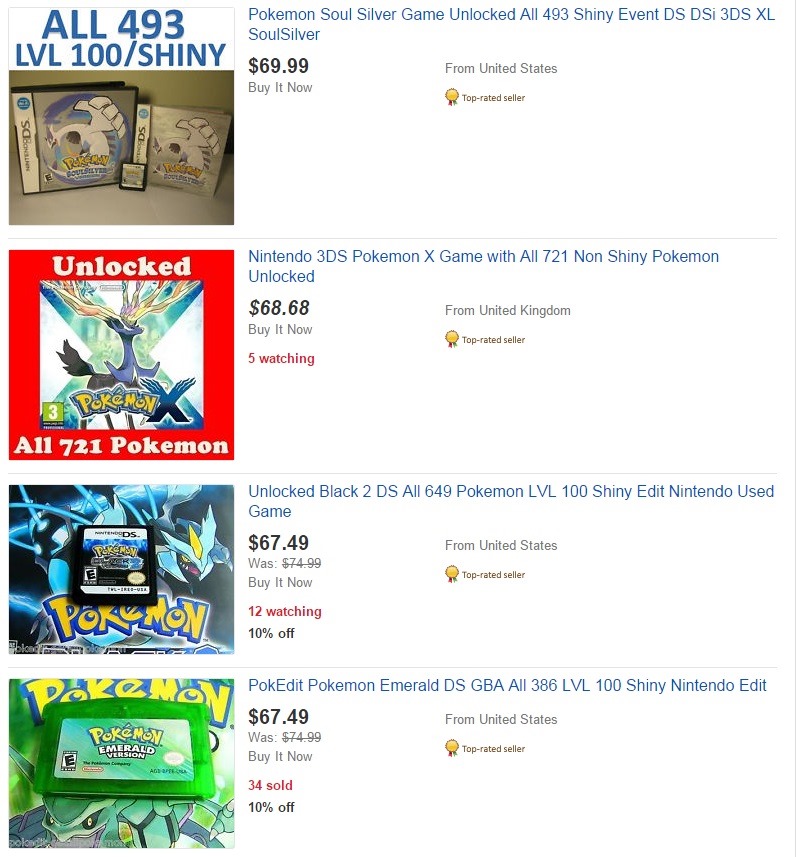 Or you could just buy certain Pokémon, which are of the shiny variety: 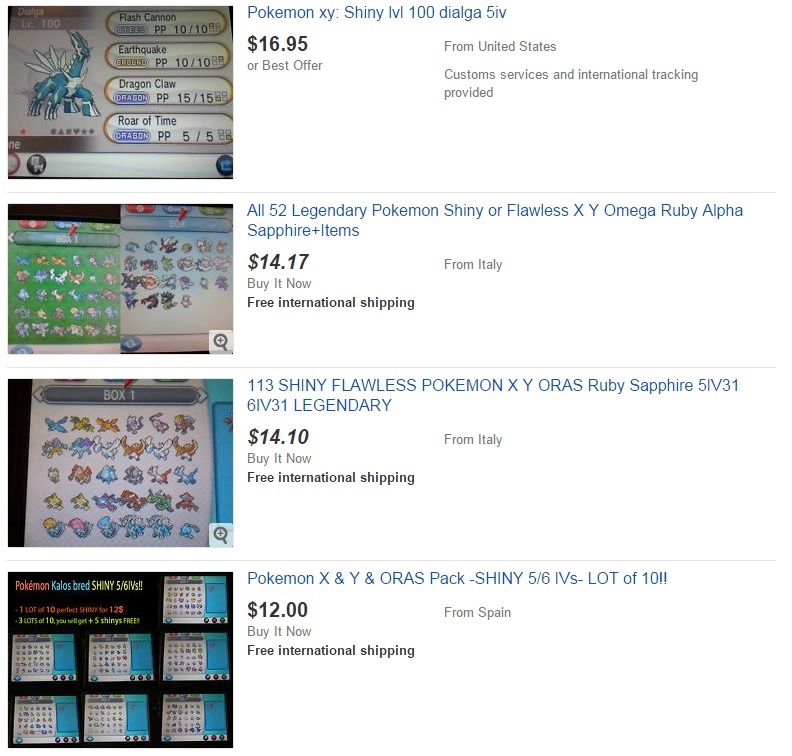 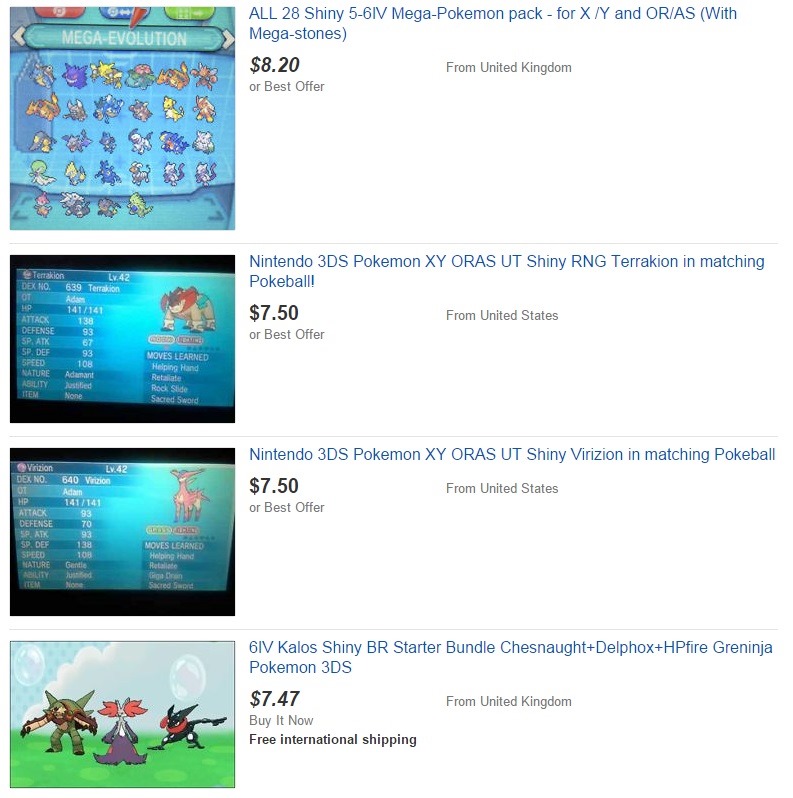 Rather weird. While I’m not exactly encouraging a players to take one hell of a shortcut in completing their pokedex, a lot of fans don’t have access to the same methods and online resources that fanatics do these days. And with 720 of the guys out there to collect, it is a mammoth task. Hell, it took me three months of wheeling, dealing and breeding to get the job done.