Home Gaming This is the actual Bloodborne launch trailer 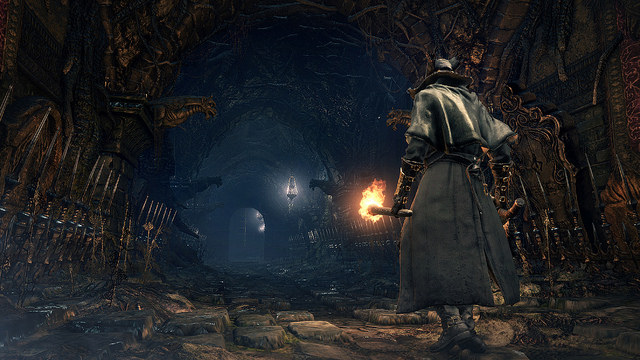 Launch trailers on the whole confuse me. I mean, we’ve usually already seen so much footage and the launch trailer is just a recut version of those same videos. It’s meant to get people excited about the release of the game and maybe show us something that will be the final convincing necessary to lure us into a shop or online to buy the game. Bloodborne had already won me over with its insanely pretty visuals and intense gameplay, but this new launch trailer actually takes me the rest of the way towards being well and truly hyped for the game’s release.

Yes, it has Japanese subtitles, but at least you can see the video and listen the words, too. I adore this launch trailer – it’s exciting and graphic and did you see how pretty the game looks? Now I am all aboard the hype train, and I think this PlayStation exclusive is a way better bet than The Order was. Unfortunately, the game launch is still 12 days away for us, and the launch trailer just made waiting a whole lot more difficult.

Are you trusting in the Alpha and previews and pre-ordering? Or will you hold out until the reviews start coming through and you can be guaranteed to know what you’re getting?