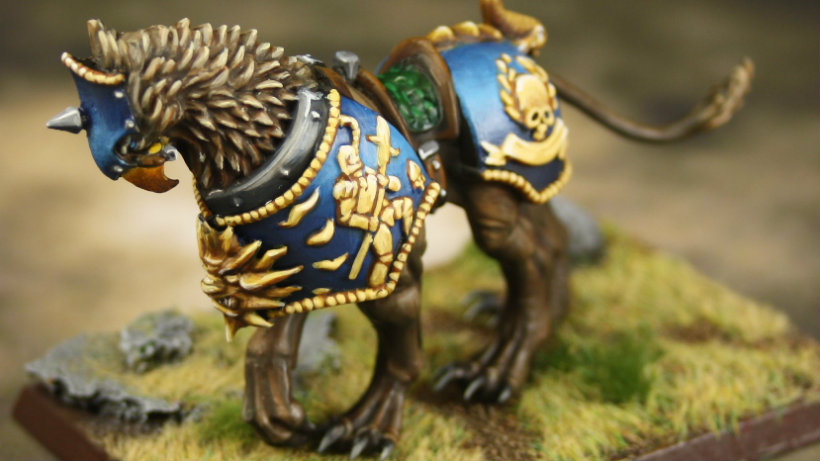 Here is the teaser trailer showing off the gorgeous creature:

Part lion and part eagle, these noble monstrous cavalry are ridden by only the most renowned knights of the Empire. Clad in ornate plate armour, their densely muscled frames enable them to thunder into combat, tearing their foes limb from limb and spreading fear among the enemy ranks

Those animations are rather stupendous. I love seeing the part cat, part bird movements. I don’t know how they captured this mythical creature so perfectly, but it looks exactly the way I would imagine. No, it looks even better than I could have imagined.

Each of the creatures have this kind of attention to detail, which is what blew my mind when I saw the game last month. The same loving detail that a Warhammer fan would put on each hand-painted figure is the kind of focus used when modeling, animating and assembling the various units in game. If this is what they can do with just one mount, imagine what they’re doing with entire armies.

We still don’t have a release window for Total War: Warhammer, although it’s looking like a 2016 release. Here’s hoping I’m horribly wrong and the game is coming out in a few months.