Home Gaming This year,Archie takes on the Predator 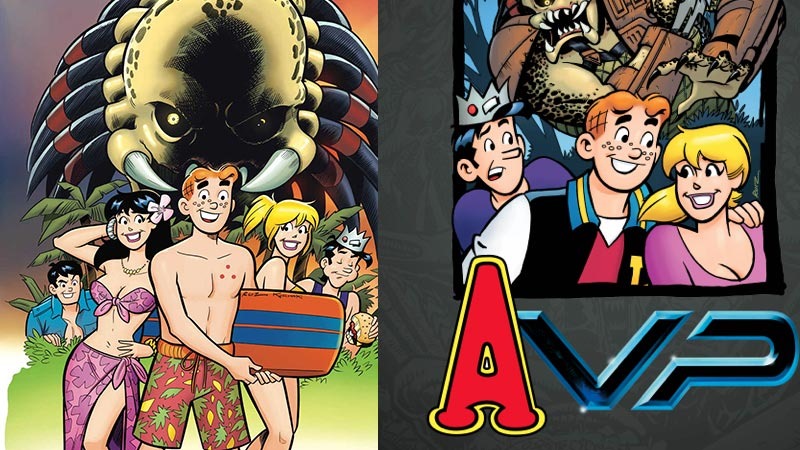 Over the years, Archie Andrews has dealt with many challenges. Passing his exams. Getting a driver’s license. Convincing the Punisher that the world would be worse off with another dead ginger. But this year, it’s AvP all over again, as Archie faces down the most ruthless hunter in the galaxy. It’s Archie Andrews Vs. the Predator!

Announced back in October last year at the New York Comic Con, Archie Vs. Predator will see the Riverdale teen tangle with the Predator during a spring break trip to Costa Rica gone bad. Written by Alex “Grindhouse” de Campi and drawn by Fernando Ruiz, the series will debut on April 15. “I think the real fun for teen horror is the way the teens interact with each other,” de Campi told CBR News last year.

You can do a lot with the Archie characters because there’s so much interpersonal teen drama there, as well as the drama of there also being a Predator after them. There’s an embarrassment of riches. It could never be on ongoing because that would stretch the bounds of credibility. It’s not going to take the Predator more than four issues to kill them all.

To be honest, I’m surprised that Jughead hasn’t managed to eat himself into a massive heart attack yet, based on the amount of junk food that he consumes on a daily basis. CBR also has a sneak peek inside some of the interior art for the series. Check it out below: 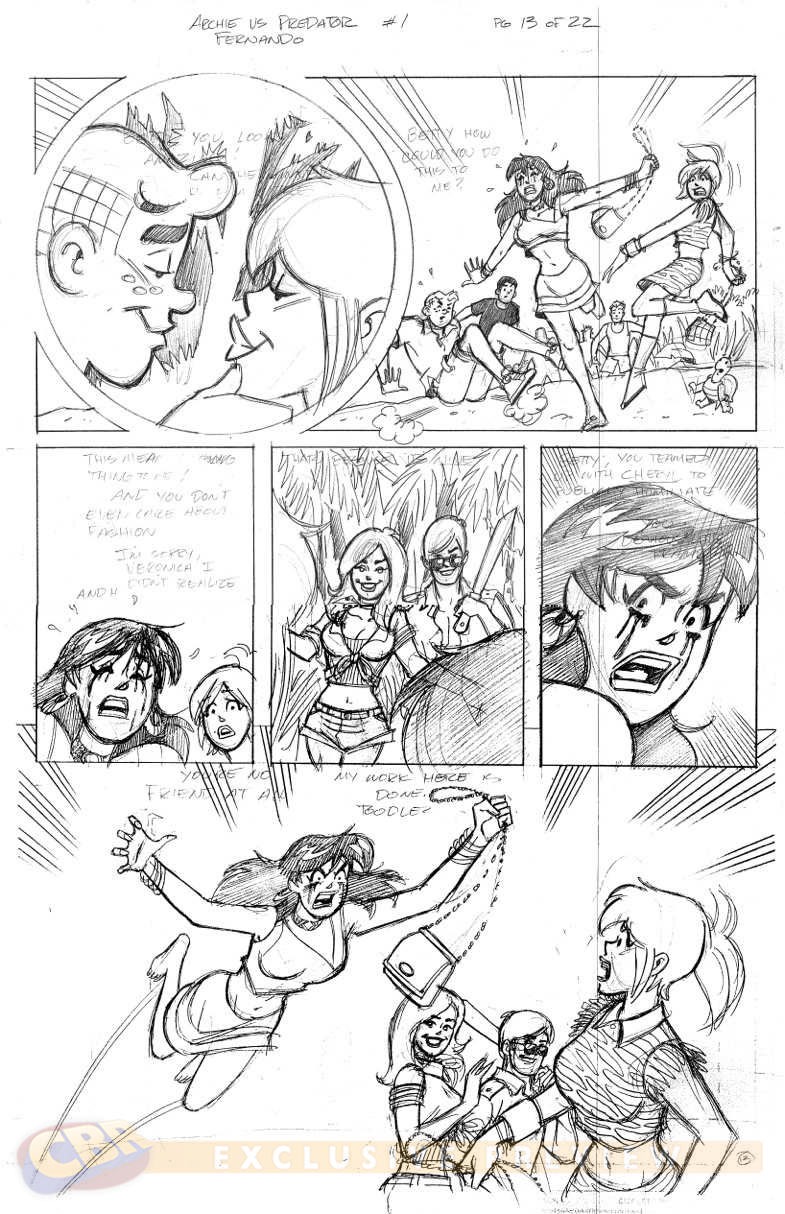 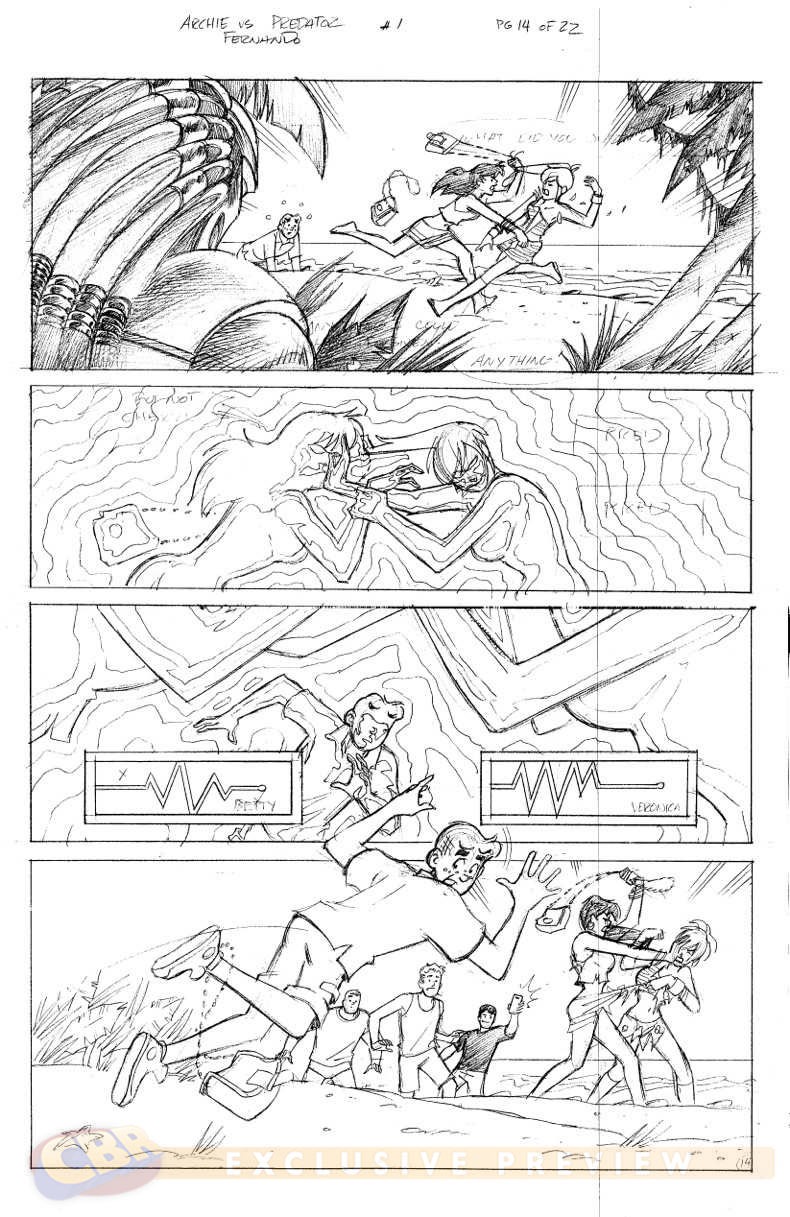 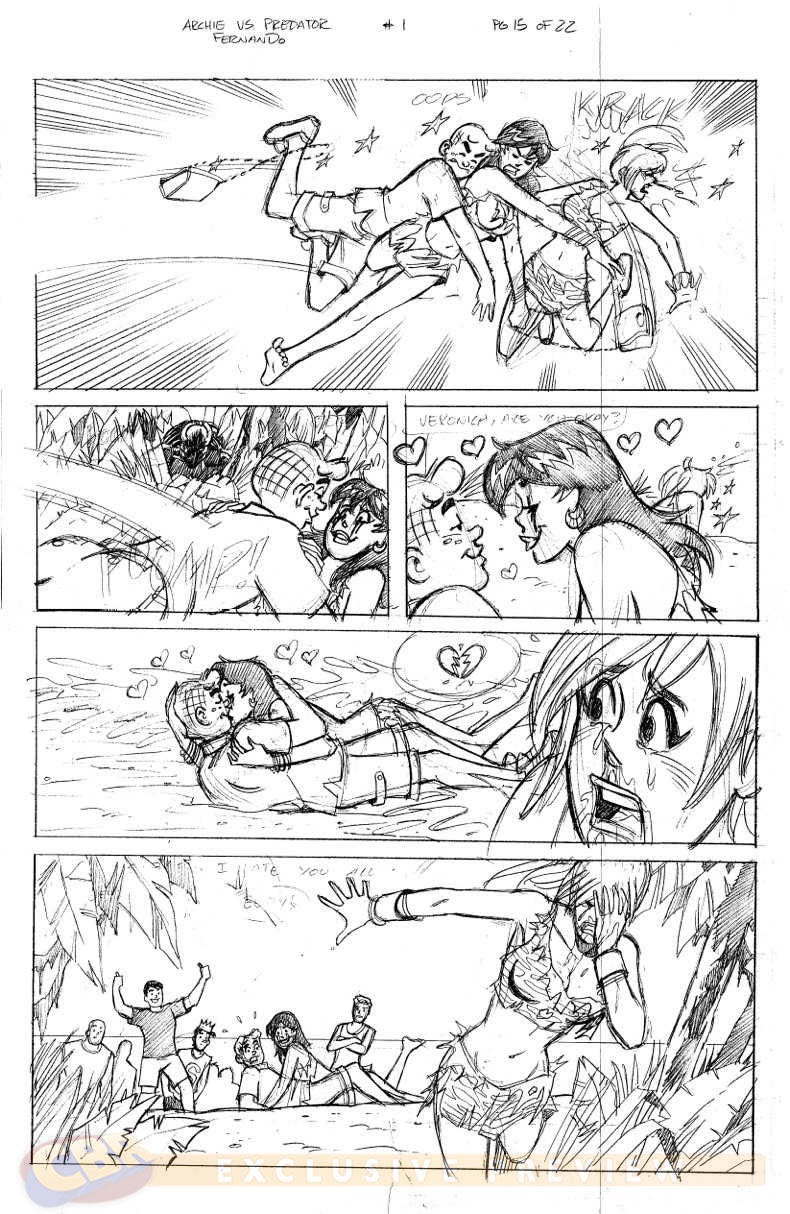 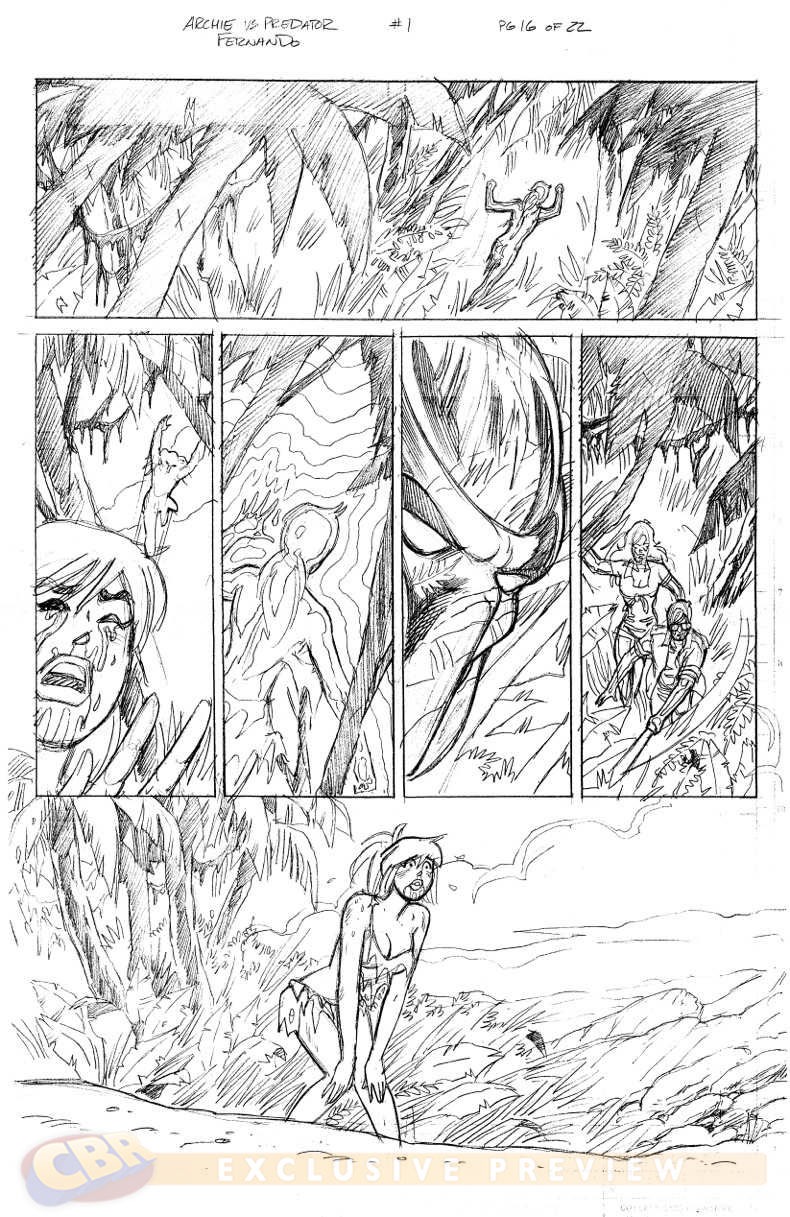 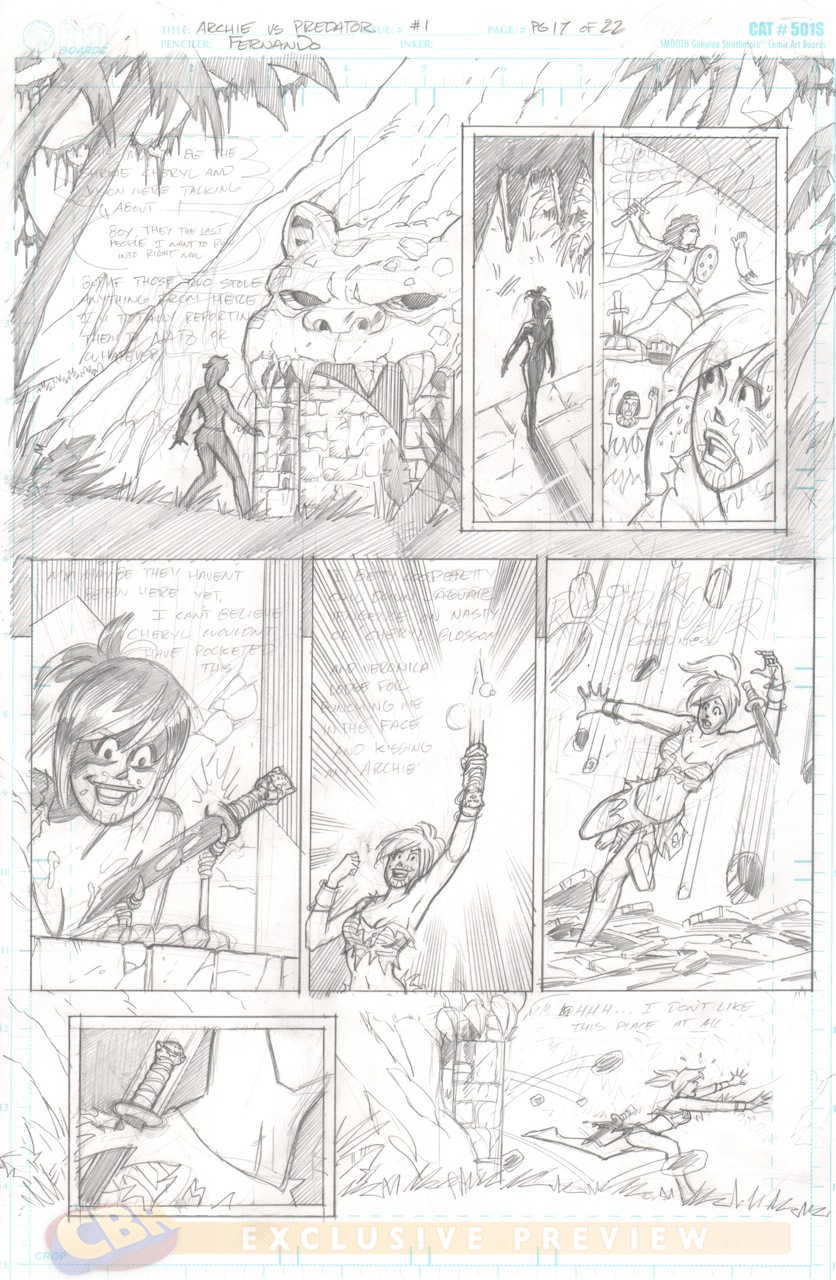 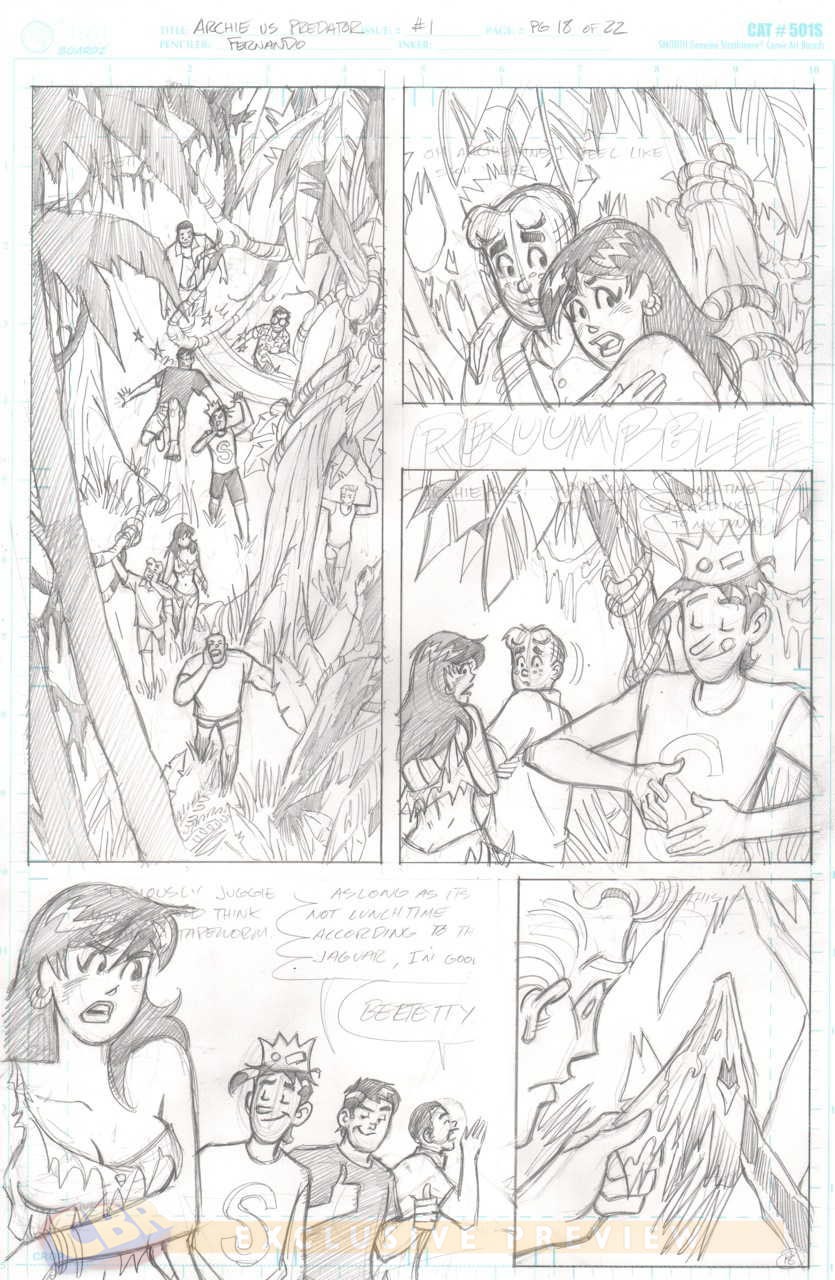 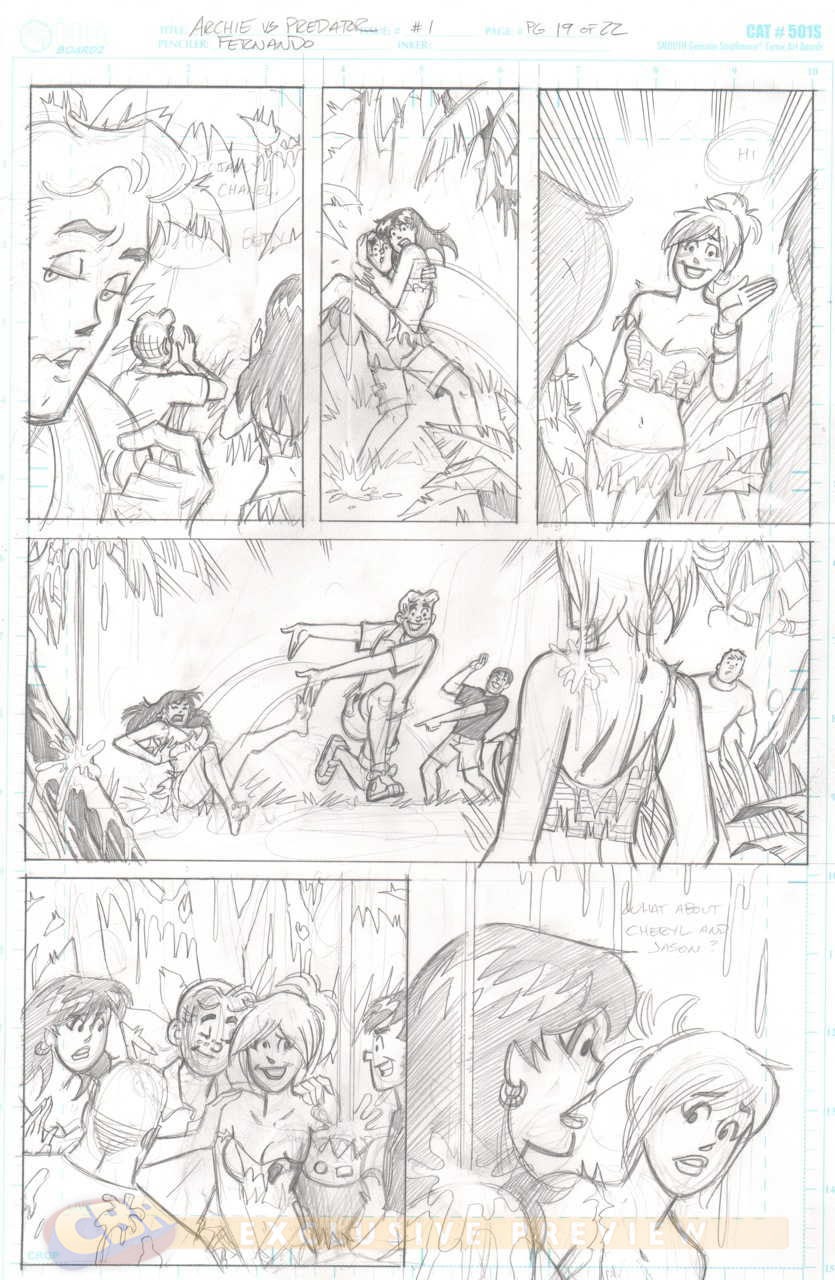 Man, I hope Betty uses that dagger to get rid of Archie for good. And marries me, like in the fan fiction that I submitted to the publishers a while back.