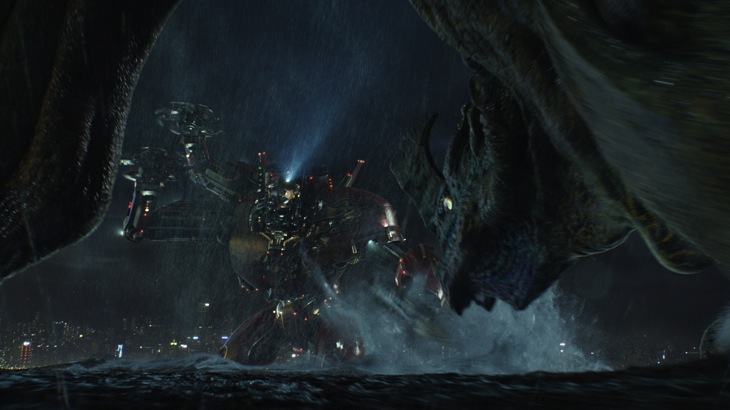 If there was one movie last year that was so bad it was good, that movie was Pacific Rim. Sure, there were tons of problems with the story telling and changing the rules as you went along, but there were giant robots fighting massive alien monsters – what more could we want? Well now, it seems Titanfall might also be playing that card.

The embargo-immune people of IGN managed to get an advanced copy of The Art of Titanfall book, due out for release 25 February. Based on the Boneyard map, set on Planet Leviathan in the Badlands system, we encounter monsters:

The planet is named after the local fauna, huge monsters that drove the IMC off-planet and forced them to abandon it. Their skeletal remains provide the backbone for the world and it looks spectacular. There’s art showing the IMC battling local flying creatures, while Leviathans disappear into the clouds in the background, looking reminiscent of the gargantuan creatures glimpsed at the end of Frank Darabont’s movie adaptation of The Mist.

[…] some of the creatures “will walk or fly around levels harmlessly until people interfere. Others will attack when you just stare at them.”

This introduces a whole new level of gameplay – beyond fighting militia and IMC, you might need to fend off “local fauna” in the form of giant monsters. I swear, Titanfall is sounding more and more like an awesome game if designed by a young boy. Not enough to have mecha, free-running stealth and tons of guns – it’s important to also throw in some monsters to kill. Titanfall is such a frenetic, testosterone-infused glory of a game – you can’t help but play it with a gleeful smile on your face.

Here, have a bit of a taste of the gameplay with the new TV spot. It doesn’t really capture the joy of the game, but for those who have played, it will remind you just how much fun you had.