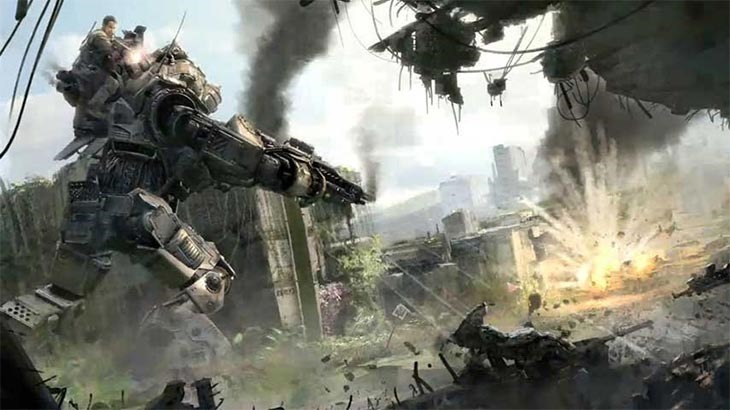 Next week Friday, those of you who aren’t preparing to die will be getting ready for Titanfall. The mech-battling, wall-running, jet-packing shooter from Respawn is out on Friday for those of who don’t live in North America, promising to not just be Call of Duty with mechs. Which is what it looks a heck of a lot like.

I have to say, I thoroughly enjoyed my limited time with the beta – though it could be because everyone playing sucked at the game as much as I did. I know I used to enjoy the heck out of Call of Duty’s multiplayer until everybody on earth’s skill eclipsed mine, making that skill gulf unbearable.

My biggest issue with the game though, is that with its multiplayer focus and lack of single player, Respawn doesn’t seem to focus much on the obvious lore that surrounds Titanfall. This new launch trailer gives me hope, showing some of what the the game’s developers call “campaign multiplayer,” which injects some sort of narrative in to some of the game’s modes.

According to Respawn’s Vince Zampella, there’ll be a “couple of hours” of multiplayer story to be had, told from both sides of the war.  Here’s the launch trailer, showing a little bit of narrative from its campaign. It means I’ll at least get a few hours of enjoyment out of Titanfall,  as I tend to tired of shooters pretty quickly.

Tell us! Are you excited for Titanfall, or does it still really just look like Call of Duty with mechs to you?