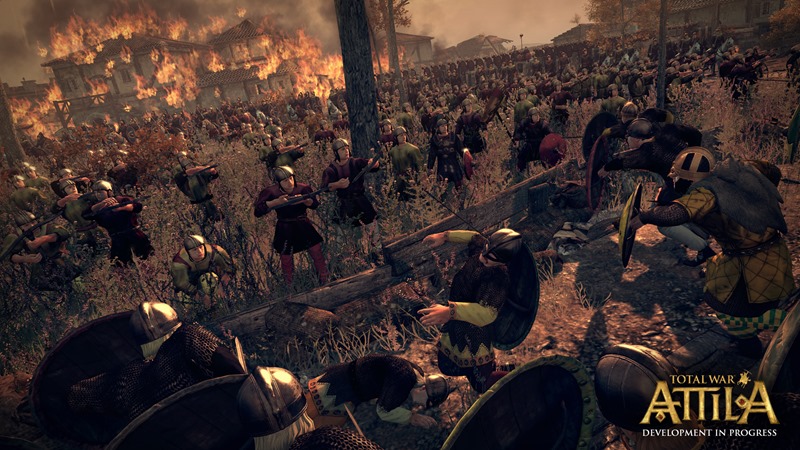 I’ve got a soft spot for realtime strategy games. I just wish I knew where they hell they were lately, as that genre is about as dead as my chances of waking up to find that my body has grown overnight to a normal human height. Still, there are a few RTS games around. And one of the more enduring franchises out there just so happens to be Total War. And with the next game in the series, it’s going to ask you if you’re hun-gry for more battle.

Because the next game will have you commanding the hordes of Attila the Hun, the scourge of God. Attila the Hun was basically the Macho Man of nomadic invaders, a nigh-unstoppable king with an axe to grind against the Romans and various other nations, except for one small village of indomitable Gauls who held out successfully against his advances…

Anyway, onto the game! This iteration of Total War will boast new gameplay mechanics apparently, with project lead Janos Gaspar saying in the press release that “we’re reintroducing some features that fans have been asking for, such as family trees and skill trees, and improving many of the core aspects of Total War we know are important to them.

But to really bring the period to life, we’re building on these foundations with many new strategic features for them to consider, such as advanced street-fighting, civilians, complete settlement destruction and dynamic fire that can rage across a city as armies clash. We want to push players to the limits of their skill to survive against the odds, and to love every minute of it.

Here’s a list of other features, that the game is boasting about:

Wield the ferocious power of fire in battle to set buildings ablaze and terrify defenders, or wipe entire cities and regions from the face of the campaign map with the new raze mechanic.

Playing as the Western Roman Empire you will begin with vast territories under your control, but weakened by political in-fighting and threatened on all sides by enemies, your dominance will quickly become a struggle to survive.

With new period-specific technologies, arms and armaments, religion, cultures and social upheaval, Total War: ATTILA delivers an authentic experience of this ominous chapter of our history.

Improvements and optimisations to both campaign and battle visuals create a chilling vision of a looming apocalypse and the ruin of the civilized world. With breath-taking scale, atmosphere and improved graphical performance, witness the end of days and the rise of a legend.