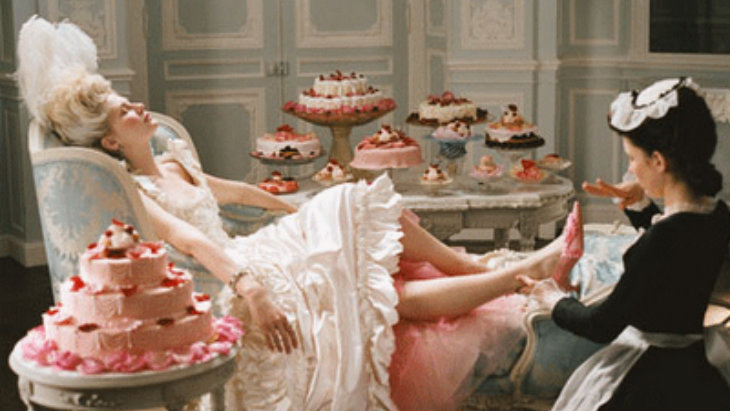 Last week, I showed you the leaked images purported to be the new Assassin’s Creed game. Now, Ubisoft is confirming that the new game will be called Assassin’s Creed: Unity, and we are invited to eat cake.

In a statement over on the Ubisoft blog, we are told:

We have been working on the new Assassin’s Creed for more than three years, and wanted to find the perfect time to give you an early taste of the game. Apparently though, the Templar Order was hungry to know more right now. To this, we say “Qu’ils mangent de la brioche!” (“Let them eat expensive eggy bread”) Help yourself to a serving of the first official footage from the next-gen only Assassin’s Creed Unity.

And here is the Alpha trailer that they released along with it:

For those who don’t watch videos, we’ve got a beautifully rendered French Revolution scene, complete with a falling guillotine and rabble roused crowd. Of course, the assassin is overlooking the scene, watching the chaos he presumably caused.

The game is coming to new generation consoles and PC only, expected to launch “Holiday 2014”, so Q4 of this year. It certainly looks pretty, and I’m sure that they’ll reveal more at E3 (when they were probably intending to reveal everything). I’m keen to see more of this game – the time period is certainly filled with potential, but more importantly, the difference between old and new generation capabilities were already shown off with AC IV: Black Flag. Imagine how much they can do with this beautiful franchise on the new consoles.

I’m still surprised how quickly companies have moved away from cross generational support. Yes, I know, people simply aren’t buying games on the older consoles, but I’m surprised that a franchise as big as Assassin’s Creed is dropping support of the PS3 and Xbox 360 (not to mention that Wii U is missing, too) within a year of new generation launch. It just shows how quickly companies are expecting consumers to upgrade.