EA’s UFC is not the company’s first jab at an MMA Game. Yes, it’s the first to feature Dana White’s established brand and many of its licenced stars, but it’s not the first. They’ve done it before with EA’s MMA. That mediocre fighter managed to innovate in a few small ways, but it rather importantly laid the groundwork for a sequel that would be better. It’s for this reason that I can’t help but shake the feeling that EA’s UFC should be better. 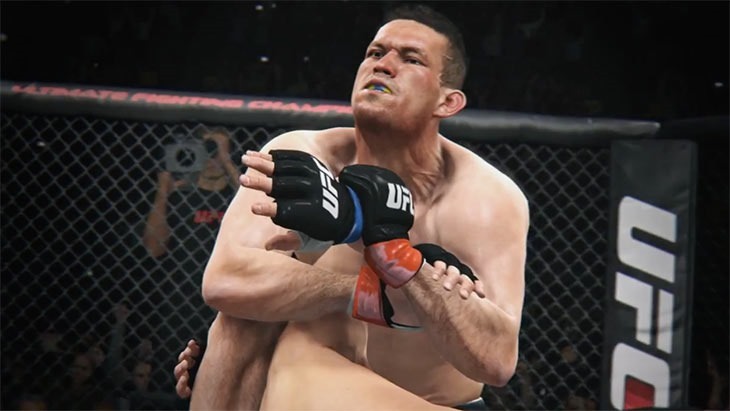 The whole thing feels a little underdeveloped. For EA’s UFC, development was yanked from EA Tiburon and thrown in to the capable hands of EA Canada, who developed Fight Night Round 4. As you’d expect, given the pedigree, the game looks rather nice with detailed and realistic models of your favourite UFC stars (yes, even the women) available to kick, punch and generally bliksem in whatever way you see fit.

Whenever there’s a character customisation option available, I forgo using established fighters in favour of my own creations. UFC’s character creator isn’t the most robust though, consisting of a number of pre-set faces and bodies that you can use to stamp your own personality on your created fighter. Naturally, I did my best to create our own Darryn; using the shortest, chubbiest and hairiest pre-sets available. 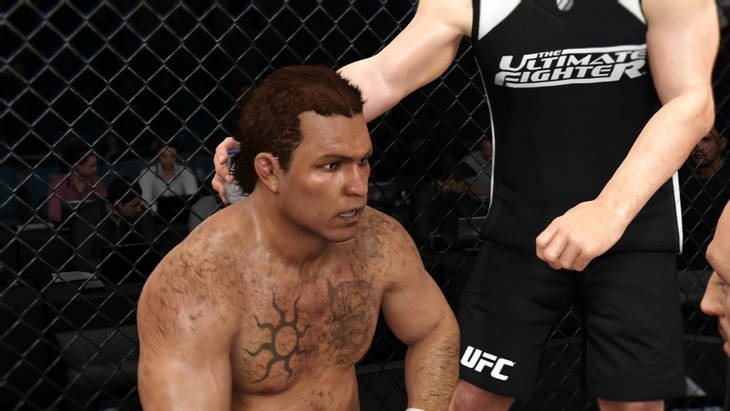 For whatever reason, I opted for “The D” to be a stand up fighter – and I’m really quite glad; turns out that the stand-up game in UFC is excellent, and probably the best of the 3 general fighting approaches available in the game. Kicks and punches register nicely, with the controller rumbling when a particularly effective strike connects. It’s based off of the controller’s face buttons each controlling a limb, with the triggers and bumpers being used as modifiers. The control scheme opens up a rather dizzying array of stand up attacks; more kicks and punches are available to you than anyone would ever rightly need.

There are as many defence options available. A flick of the stick dodges, while triggers can be used to modify your defence to allow for parries and blocks. The entire stand up game is about a fine balance of risk and reward; go in for a heavy strike at your peril – a quick parry and you might be on the unfortunate receiving end of a foot to the face. Much of “The D’s” career in the UFC was spent kicking away at legs, keeping opponents just out of reach and then heading in for a brutal attack when his weakened legs gave in. 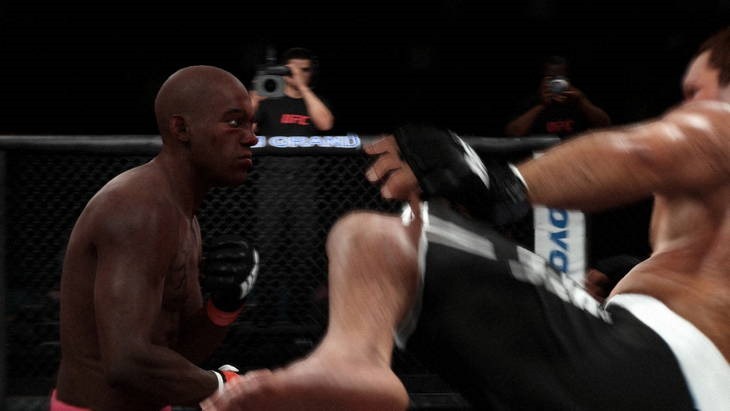 I wish EA had spent as much time and thought on the rest of the game. The clinch and the ground game are far too robotic. It’s part of the nature of turning something as chaotic as MMA in to a video game; the player needs to clearly see what is happening as a transition happens and react accordingly. THQ’s UFC 3 made up or this by doing numerous different animations for the same thing, making it come across as far more fluid and natural than it really was. The same isn’t true here, where transitions on the ground are mechanical and rote.

That’s not to say that the ground game or clinch is terrible, it’s just not nearly as good as the stand-up. It’s based on a somewhat simplified version of what we saw in previous UFC games. Quarter circle rotations of the right stick are used to transition between positions while submissions are executed via a mini-game that has both players pushing the stick in different directions to break the hold or further it. 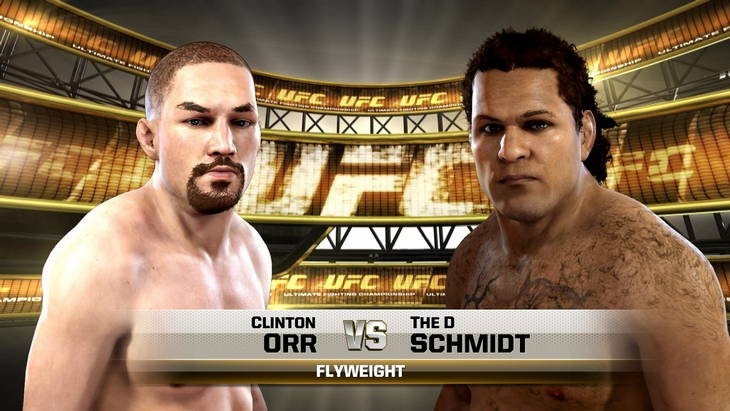 Career mode itself is exactly what you’d expect; you start out as a fresh young fighter in The Ultimate Fighter reality TV series, working your way up until you eventually join the UFC. From there, provided you win of course, you’ll work your way up from the undercard to the main card, and eventually nab yourself a title shot and perpetual spot in the main event. It’s all a bit repetitive though. Fight your match, do three horribly repetitive training mini games and then use the resulting points to upgrade your fighter by pumping the points in to stats or unlocking new moves. It’s all punctuated by messages from UFC boss Dana White and other stalwarts like Mike Dolce that’re meant to make you feel like you’re part of the UFC, but the long loading times and frequent repeats make it all seem rather shallow. It’s really just an excuse to level your created fighter.

There’s a dearth of superfluous modes to flesh it out beyond quick matches and the online. Online play with our South African internet is actually decent. I had a number of matches without much in the way of lag to get in the way, and even when it does the game pauses momentarily to catch up; so while the flow of matches might be interrupted, you’ll never be at a disadvantage based on proximity. 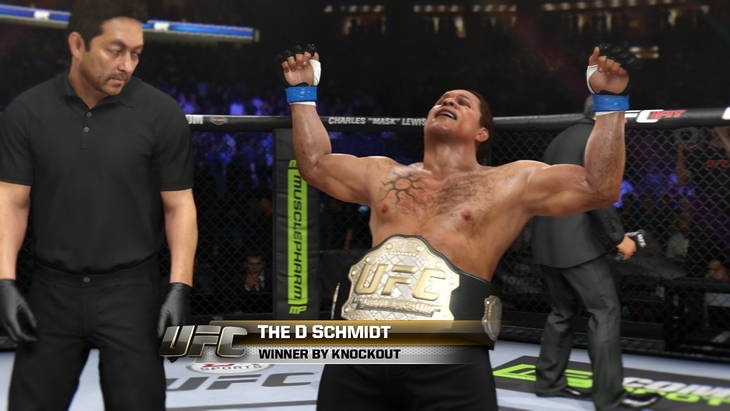 For a long while, I didn’t like the game at all. I glossed over the tutorials, guides and in-game walkthroughs because I’m male and we ignore instructions. That was very much to my detriment, as there’s a rather necessary amount of controller-fu required to get the most out of the game. Like the previous UFC games, this one’s a little difficult to pick up and play. In the end though, once I’d actually learned how to not consistently end up being beaten in the face, I had a good time with EA’s UFC – eventually taking “The D” all the way to the championship. I just wish it didn’t feel like a game of two halves. Like EA’s previous MMA game, UFC lays the groundwork for an excellent sequel; let’s hope they don’t throw it all away and start afresh a second time.